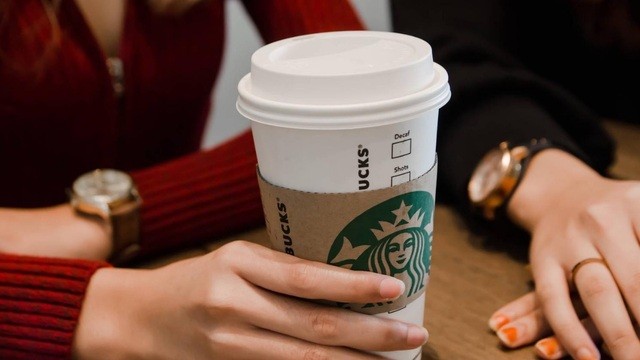 Loyal customers are used to the typical personal environment of a Starbucks restaurant. This characteristic is what makes people want to come back to the store for more.

One thing that’s noticeable about the store is its baristas, who are some of the friendliest in the industry.

They display great passion in doing even the simplest gestures, like offering more coffee or opening the door for customers as they leave the store.

Every barista will go out of its way just to make sure that every customer that goes inside is served well.

As soon as a guest is seated, he is ready to share anything about Starbucks and its coffee – well, general information about it, at least.

Another feature about the restaurant is its spacious and well-decorated dining area, which offers ample convenience to its coffee drinkers.

Starbucks ensures its customers will have the most comfortable time while inside the store.

It will either make them want to lounge around for a couple more minutes after a good cup, or buy another serving and enjoy talks with friends.

Michael Conway, Starbucks GCD president, has challenged himself in helping Starbucks to continue in maintaining such positive traits, and veer away from the cold and indifferent feel that most cafés seem to possess.

The question is, how will he do it? How will he transform his restaurant from one with an average personal environment to an ambience that’s cozier and more inviting, offering a positively emotional experience to its customers?

This has been Michael Conway’s mission ever since he came on board Starbucks.

“Our goal is to bring the Starbucks store experience alive in the aisle,” Conway remarked. “Almost as if a barista is standing with you in the store while you’re making a buying decision, offering you a tall skinny mocha.”

Being the head of Starbucks Global Channel Development gives Conway the leadership over a large group of almost 550 employees, or partners, as how they are called at the company.

Together with his team, Conway will study various consumer behaviors and discover ways in which to connect people with Starbucks, wherever they might live, work, or play in the US and all over the world.

According to Conway, it is perceived by most people that buying and drinking coffee are situations that happen mostly in cafes, which actually is not true.

As he delivered his speech at the IRI World Summit in April 21, 2015, he announced that a mere 20% of all coffee activities occur in cafes and retail shops.

He says that this is great news as vast opportunities await businesses like café, bake shops and establishments serving coffee.

Starbucks products in the form of consumer packaged goods can be easily bought in grocery shops, hotels, airports, and convenience stores not just in the US, but in almost forty countries all around the world.

Starbucks is also proud of its one million points of connection.

To be specific, the company boasts of over a million places apart from the coffee shop where one can find and buy any Starbucks product. Included in this one million locations are about 120,000 groceries and convenience stores.

Customers want to explore and check out new and exciting products, instead of just grabbing their favorite cereals or buy the cheapest paper towels.

In line with this information, part of lending the engaging Starbucks experience to an ordinary grocery store setting involves allowing shoppers decide in making good choices as they spend more time at the coffee aisle.

Conway noticed that some of Starbuck’s grocery spaces borrow design elements straight from its stores.

Conway explained that these spaces are like a mini Starbucks, with designs and features looking closely like the store – which signal a unique, enticing experience making people want to buy.

The aisles are the ones that help buyers choose the coffee that perfectly suits them.

Apart from improving in-store guest experience, Conway said the company brings back the unique CPG experience through loyalty platforms, like My Starbucks Rewards, and product innovation.

The iconic Frappuccino, now on its 20th year in existence, is a prime example of a Starbucks product that has moved from cafes and bars into the CPG space.

Currently, S’mores Frappuccino is on sale at Starbucks stores. And its bottled version is already available.

Conway explained that the synergy that’s going on between handcrafted products and CPG items is what allows the store to grow more for the sake of the customers.

Conway already possesses a good twenty years of valuable CPG experience. But then, he is considered as a newcomer at Starbucks, having been with it for a mere 2 years. It is why he is raring to help build and grow the brand.