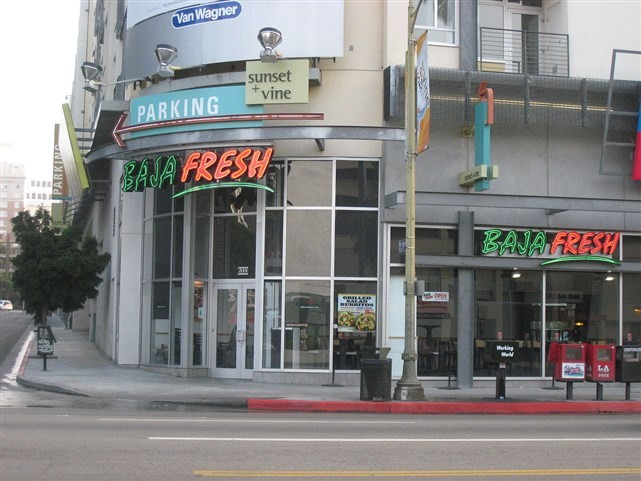 Baja Fresh Menu With Price – The growth of Baja Fresh is full of twists and turns. From its establishment in 1990, it has now grown to an operation with 256 locations in 29 states.

Baja Fresh is one of the country’s popular fast-casual Tex Mex restaurants. It first opened its doors to food patrons in Newbury Park, California. Currently, its headquarters is in Irvine, California.

This fast food chain gained popularity because of their menu items which consists of nothing but fresh ingredients. Each of their locations has a self-service salsa bar.

A look at Baja Fresh’s History

Baja Fresh’s history started when a couple, Jim and Linda Magglos took a third mortgage on their home in 1990 in order to open their first restaurant in Newbury Park, California.

Seven years later, after much work and perspiration, the couple’s effort bore fruit with the restaurant opening up 31 more outlets. The following year, Jim and Linda teamed up with two other entrepreneurs, Greg Dollarhyde and Pete Siracusa. They put up additional capital to the original company.

The two also bought shares from outside holders and acquired venture capital enabling them to have controlling stakes on Baja Fresh. Dollarhyde was appointed CEO and Siracusa as Chairman. In 1998, 45 more locations were added, bringing the total number of restaurants to 249.

Wendy’s International bought Baja Fresh in 2002 to the tune of $275 million. Things turned worse and the fast food chain experienced declining sales in all its stores. Wendy eventually sold the 300 plus Baja Fresh restaurants for $31 million to a firm that also operates restaurants in 2006.

David Kim was appointed as the new CEO of Baja Fresh. The company moved its headquarters to Cypress, California, while closing all locations in central Ohio. It continued closing stores in Berkely, Pasadena, and Torrance during 2009 to 2010.

From Cypress, Baja Fresh again moved its corporate office to Irvine. The restaurant closed another location in Newbury Park, California. This is where the first Baja Fresh restaurant was established.

The fast food chain closed all 5 stores in Phoenix, Arizona on April 12, 2013. Three days later, Chuck Rink took over the position of company CEO when David Kim resigned. Chuck is now holding both positions of President and CEO of Baja Fresh.

Menus of Baja Fresh that Whets the Appetite

This fast food chain has been creating Mexican favorites since it first opened its first restaurant. There are just three words that will perfectly describe their food: Big, Fresh and Delicious.

If you are a customer, the best way to start sampling their menu is by trying their famous flame grilled flavors and unique grilled tortillas. And then order their freshly prepared quality meats and salsa.

They live up to their name of Baja Fresh that is why you will never find any freezer, can openers or microwave ovens in any Baja Fresh restaurant.

To be able to experience the unique food that this restaurant chain offers, try ordering their burritos, tacos and taquitos, salads, and sides. If you are a weight watcher, this restaurant is also offering different types of 500 calorie menus. They also have foods that your kids will love.

Recognitions Given To Baja Fresh

The proof of the pudding is on the eating, so they say. And here is where the reputation of Baja Fresh shines. They have been recently recognized as the Platinum award-winning Mexican chain in America. This award was given by the Restaurants & Institutions Consumers’ Choice in Chains.

The Restaurants & Institutions Consumers’ Choice in Chains organization is now on its 27th year. Its recognition is coveted because it is one of the key measures of success used by restaurant chains all over the country.

There were more than 3.100 consumers who participated in the survey. They were asked to rate approximately 120 chain restaurants on eight customer satisfaction attributes, including food quality, value service, atmosphere, menu variety, convenience, cleanliness and reputation.

“The R&I’s Consumers’ Choice in Chains award is a people’s choice award that conveys to the industry and beyond, which restaurants have earned consistent business and guest loyalty, and why,” explained Patricia Dailey, editor-in-chief of Restaurants & Institutions.

“This award is such an honor to us and it is nice to see that the fresh ingredients that we select, the effort we put into our dishes, the short wait times and the quality of our food and customer service being appreciated and recognized,” enthused James Walker of Baja Fresh Mexican Grill.

“Of course earning this award is a team effort and we wouldn’t be here without our dedicated team members, who work hard for us every day,” he added.

Coming from a well-respected and established organization the Restaurant and Institutions which was named the 2005 Magazine of the Year by the American Society of Business Publication Editors, this award really says something about the quality of the foods and services provided by Baja Fresh to its patrons.