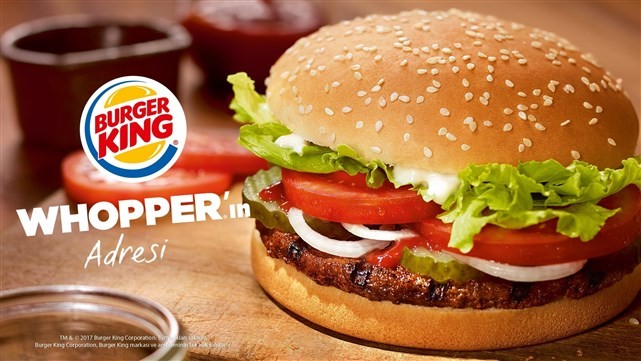 There are so many glorious fast food treats for people in the U.S. to feast on. These ranges from the popular doughnuts, tater tots, fries, hash browns and the ever popular french fries, which aren’t really French. However, the majority is don’t feel that it is enough. This is why Burger King experimented with poultry.

Would you like chicken, fries or Chicken Fries? Did you mean chicken nuggets? Burger King’s glorious herb and spice seasoned chicken fingers (shaped like fries) dipped in crunchy breading is the perfect treat. As innocent and unassuming as it sounds, who would have thought that this seemingly simple dish would give people some sort of withdrawal syndrome when it was discontinued?

Burger King is a fast food chain with locations all over the globe and is known for tasty yet budget-friendly meals. However, of all their offerings, the Chicken Fries were undoubtedly the most delectable. This will help you understand the shock that many of their regular patrons felt when they discontinued its production on January 2012.

The angry mob brought the uproar to the World Wide Web, with a page that implored Burger King to bring back their beloved Chicken Fries. It was finally reinstated as a temporary part of their menu, from August to November 2014. However, let me say that with the increase in demand, they would do well to keep each of their establishments well stocked with Chicken Fries. According to some people, Chicken Fries sold out in less than three days in some areas.

If you wonder what caused all the fuss, you need to understand what they taste like. To help you understand what all the commotion was about, the Chicken Fries are made of premium white meat and coated in a light crispy breading. They are seasoned with certain herbs and spices. Lastly, they are served with various dips, like Honey Mustard, Buffalo, Ranch, BBQ, Zesty and Sweet & Sour. These Burger King dips compliment the crunchy goodness perfectly, making it the ultimate treat for kids and adults alike.

What Was Burger King Thinking?

If you understand the basics of supply and demand, you know that the value of a certain product increase when it is rare or short in supply. Thus, we would like to think that this was exactly what the Burger King CEO was thinking when this discontinued this popular meal. However, when it comes to food, people will not be willing to pay more than they need to avail of a favorite treat. After all, this is chicken that we are talking about, not precious metals.

While we are glad that this delectable meal is back, we still do not understand why it was discontinued in the first place. Did they wait two years because they had to change certain herbs and spices, but didn’t want their customers to detect the subtle switch? What caused the management to approve of removing this from the menu?

We are not quite sure what Burger King’s strategy is. Why would you discontinue a crowd favorite while it was still in such high demand? Were they teaching people the value of delayed gratification? Was it harder to source the ingredients or were the Chicken Fries abducted by unidentified flying objects? To this day, no one knows why they decided to discontinue the Chicken Fries, only to offer them again for a limited amount of time more than 2 years later.

Shouldn’t They Be Back For Good This Time?

These delectable treats are not quite artery cloggers and were so popular that if you went to the Bring Back Burger King’s Chicken Fries page on Facebook, you will see that people actually cared enough to make a page for this demand. Shockingly, there are over 2,000 likes. Please note that they do not taste like chicken nuggets, yet share an almost similar texture, aside from the crunchy outer layer and the lack of greasiness.

Perhaps the lack of the usual fast food greasiness is the reason why so many people favor this treat. Chicken Fries were geared towards adult customers to begin with. Each serving is a decent 290 calories and contains 16 grams of protein, making it the perfect snack for anyone who wants to enjoy a fast food meal that will not cause arterial damage.

While Burger King has managed to appease the mob for now, who knows if they will bring back the Chicken fries permanently? We think they should, as this meal could help improve their net income, with the buzz that this temporary reinstatement has created. However, who is to say that they won’t discontinue this tasty treat once again. Personally, I think that you should never mess with a good thing, so the Chicken Fries should stay.