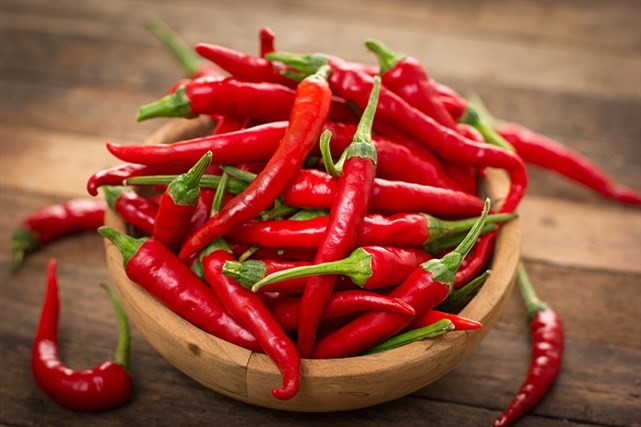 When you think Burger King, you usually think big juicy burgers. You think Whopper. But forget about all that, because Burger King has unveiled the Fiery Chicken Fries, its hottest offering yet.

The offering is basically a fiery twist to its signature chicken fries, and Burger King itself brands it as “offensively spicy.” Its Twitter account last August 11 said “The fire is coming tomorrow. Consider your tongue warned.” Available for a limited time only, the spicier version of the chicken fries is made with a marinade of different kinds of pepper (cayenne, black) and other spices that are guaranteed to “make your mouth cry.”

This move from Burger King is hardly surprising, considering what reintroducing Chicken Fries has done for its numbers. By offering a hot and spicy version of a well-loved menu item, fans are sure to try it out, and customers who are looking for some variety in their usual fast food fare are sure to rejoice. Restaurants know that there’s really a market for spicy food, so this is a great innovation.

It’s also good to note that Burger King’s wildly popular Chicken Fries have given the company a boost in more ways than one. A welcome break from its signature burger offerings, these deep fried, breaded chicken ‘fingers’ shaped into fries were a hit when they were first introduced in 2005, and was placed back in the menu by popular demand.

Ever since it was reintroduced, the Chicken Fries have been largely responsible for Burger King’s surge in numbers. Same store sales have increased by 7% in the 2nd quarter alone, and the shares of Burger King (Restaurant Brands International) enjoyed gains of 40.7%.

These numbers are already significant at first glance, but even more so when you look at it side by side the numbers of fast food giant McDonald’s, whose numbers continue to slump. Burger King’s gains in its shares for instance is almost 4 times the gains of McDonald’s shares. It looks like Burger King is winning the burger wars, and it’s doing it with Chicken Fries.

Get It While It’s Hot

The success of the Chicken Fries is understandable, and only time will tell if the spicier version will follow suit. But props have to be given to Burger King for trying out something new, even if this offering is only initially available for a month. If the market responds favorably, then Burger King might decide to extend its run.

The limited time that it’s available also makes it even more exciting, because that means you have to head to your nearest Burger Kings now while the item is still hot. At only $2.98 for 9 pieces, it’s perfect as a filling snack at any time of the day, and you can enjoy it with your choice of sauce (Honey Mustard, Zesty, BBQ, Ranch, Sweat & Sour, Buffalo, or the special Chicken Fries sauce). The sauces give the chicken fries a different character as well, and it’s actually worth trying the various options.

Just like the regular Chicken Fries, this offering is made with white meat chicken and fried to perfection. All the spices are blended into the breading, and if you choose to enjoy it spicier sauce options then you really get the added kick that you want. A 9-piece serving gives you only 290 calories, with 15g of protein, 17g of carbohydrates, 18g of fat, and NO trans fat.

So if you want to tease your taste buds and light a fire in your mouth, this item is available hot off the Burger King kitchen.

What the Fans are Saying

One good thing about Burger King is that it actually listens to what its customers are saying. But more then paying attention, they actually give weight to what they hear from their customers. This is precisely why the Chicken Fries were brought back in the first place. It was removed from the menu in 2012, but repeated clamor from customers (thanks also to the power of social media), they brought the Chicken Fries back.

With the fiery version, it looks like they were also listening to a growing market need, and they wanted to make sure that they had the right level of spiciness that will satisfy their customers. A recent article from CNN actually mentions that Eric Hirschhorn, Burger King’s Chief Marketing Officer, said this: “More than a quarter of taste testers even told us Fiery Chicken Fries were “spicy as $#*!”, so when we heard that reaction we knew we had found the perfect level of heat.”

This suggests that before they were even launched in the market, Burger King really wanted to make sure it had the best Chicken Fries out there, and through various taste tests, it finally arrived with that product.