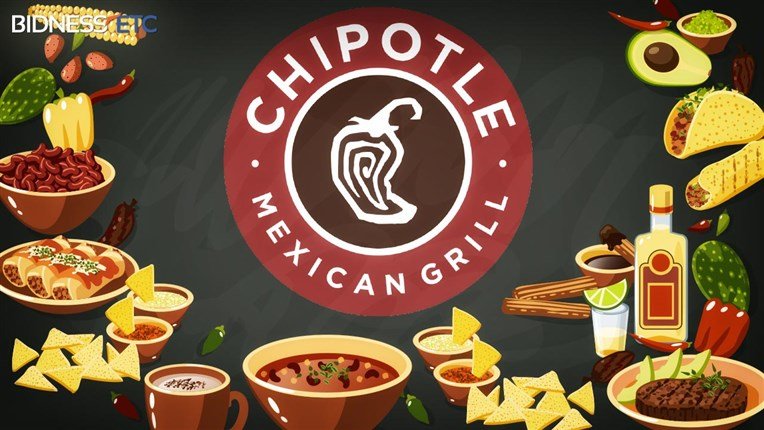 Chipotle Mexican Grill is a US American fast food chain that sells Mexican food such as burritos and tacos. The chain is headquartered in Denver, Colorado.

The company was founded in 1993 by Steve Ells with a first branch in Denver near the university. Additional branches have opened across the United States in the past few years. In 1997, McDonald’s entered the company with a small stake and increased it annually so that in 2005 McDonald’s owned a 92% stake in Chipotle. Since October 2006 these have been completely sold. Since then, the shares have been largely in free float of institutional investors.

Similar to Subway, the dishes are freshly prepared in front of the customer according to his wishes. The customer chooses between the different menus and decides which side dishes, such as meat or vegetables, they would like to go with. Chipotle’s service also means that an order can be placed on the go or online so that the food is ready and ready to be picked up at a pick-up counter. As part of the “Food with Integrity” concept, Chipotle aims to use only meat from animals that have been raised without any antibiotic or hormonal treatment, if possible.

In 2011 the company opened the first branch of the Shophouse Southeast Asian Grill chain in Washington D.C. While the operating concept is the same as that of the Chipotle branches, food from various Asian cuisines is offered here. Chipotle also has interests in the Colorado-based Pizzeria Locale chain. In 2013 the company had 1,595 branches with a growth of 20%. In the same year, the first branch in Germany was opened in Frankfurt, a second followed in April 2019, also in Frankfurt. Chipotle also has six branches in England and three branches in France.

At the end of 2015, Chipotle had more than 1,900 outlets and sales of more than $ 4 billion. However, sales growth in the first nine months of 2015 decreased from 16.8% in the previous year to 5.5%. After there had been numerous cases of infections with E. coli bacteria among Chipotle guests in autumn 2015 and around 50 restaurants were closed as a precaution, the company recorded a drop in sales of around 15% in the 4th quarter of 2015, and even 30% in December. Chipotle Mexican Grill sponsored Garmin-Chipotle from 2007 to 2008 and sponsored the Chipotle-First Solar Development Team from 2011 to 2012.