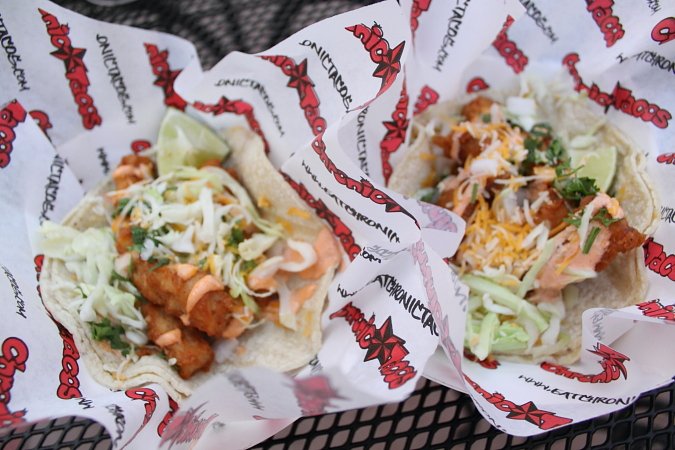 Chronic Tacos is a popular US restaurant chain with its base situated within the San Clemente area of California. Its specialty is delicious and spicy Mexican-style food.

Chronic Tacos Signs Up for Another Los Angeles Angels Partnership

Currently, Chronic Tacos makes use of third-generation recipes for its tacos, often called Mexican Subway simply because of its assembly line that is similar to the Mexican preparation process.

The fast food restaurant is known to be one of the best food vendors in Angel Stadium, with many fans of baseball making it a park staple in Anaheim, California.

As another season kicks off, Chronic Tacos is now working on being a partner to the LA Angels for the fourth consecutive year.

And this time, Chronic Tacos made it clear that it will bring with them a brand new look, better promotions and offers, and the same high quality food and drinks as well as services that LA fans have eagerly await through the entire off-season.

The US based fresh Mexican food grill and restaurant, is well-loved at the Angel stadium, and is one of the stores that share the big throngs of spectators whenever games are played.

Chronic Tacos has become popular not only at Angel but all around the country because of its highly unique and authentic list of menu that meets the diverse and personal tastes of its guests.

As the season opens, it will witness the rebranded image that the franchise system promises to undergo.

Recreating itself to flash a more modern and stylish store design, such new look is sure to complement the stadium’s now renovations. Of course, it will be up to par with that of neighbor vendors.

“Angel Stadium has been a cornerstone for the success of our brand in this area. As more and more fans become exposed to the unique menu and uncompromising food quality of Chronic Tacos, we continue to see our own fan base spread throughout the city, region, and even new parts of the country,” according to Mike Mohammed, CEO and head of Chronic Tacos.

Mohammed also said that Angels Stadium has successfully created an air of individuality, community, and sportsmanship every time a game is played.

These are all the things that Chronic fully supports and emulates through the partnership, he added.

Like before, Chronic Tacos will again be this year’s sponsor of one of Angels Hat Nights. As sponsor to the June 23 game against the team Houston Astros, spectators in attendance will be given attractive Chronic Tacos Beach Hat.

Chronic Tacos will sponsor the first pitch of the game, also during June 23 night, as a support to the organization Make-A-Wish Foundation.

In 2002, Chronic Tacos was founded by Randy Wyner, a highly successful entrepreneur living in Newport Beach, California. A taco lover by heart, he was getting tired of riding his bike just to get to the nearest taco stand.

And because Wyner cannot find a taco restaurant that truly meets his taste, he decided to put up his own. Wyner was further inspired to own a taco joint when he found an attractive piece of land that could possibly serve as the site for his store.

Since he didn’t have ample knowledge of the authentic Mexican cuisine, he asked for the help of a close Mexican-American friend to provide him with all the genuine family taco and Mexican recipes.

In April of 2006, he enlisted the help of another friend Mike Biello, and Chronic Tacos Enterprises was born.

For Wyner, there is no looking back. Today, customers continue to flock in at his 35 restaurants scattered in the states of California and Nevada, and British Columbia.

And because of the partnership of Wyner with Mohammed that started in 2012, Chronic Tacos has built a strong franchise system complete with proven operations.

It now boasts of a strong and effective leadership team that has evolved with the customer in mind.

Apart from re-signing the store in Angels Stadium, Wyner and Chronic Tacos just signed a number of franchise agreements in Washington, Arizona, and Colorado.

On the planning stage is the building and opening of 10 more locations within the year.

As a location is opened every month, Mohammed is working on improving the profitability of the company by doubling its growth, opening around twenty more new restaurants every year.

If this plan is realized, the company expects to own over 100 Chronic Tacos locations by the end of 2018.

As for its partnership with Angels, the company is fortunate to be working with a dedicated group, and is looking forward to a stronger partnership for many more years.