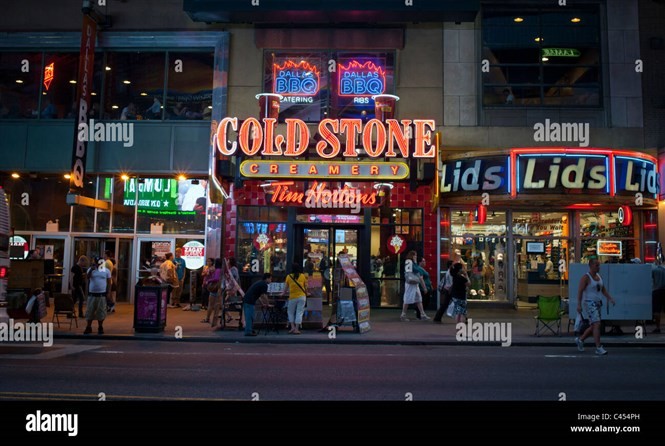 Doug Ducey, who is currently running for governor in Arizona, was once the CEO of hometown favorite, Cold Stone Creamery, which is now a global name to be reckoned with. Hailed by CNN as a model franchisor and with Time calling this brand the ice cream equivalent of Starbucks, you can tell that the company is going stronger.

Cold Stone was Doug Ducey’s baby. With the help of a partner, he made this small brand what it is today, a worldwide force that most people patronize. When he finally left the company, there were 1,400 stores all over the world. This brand has a lot of good things in store for their loyal customers.

Tim Hortons is an ubiquitous presence in Canada joined hands with Kahala Corp, Cold Stone Creamery’s parent company along with 11 other brands. They started an ingenious co-branding initiative, wherein 50 stores from each brand added the other chains’ menu to their own. This ambitious plan launched in spring 2009.

Tim Horton & Cold StoneTo start it off, an Ohio Cold Stone Creamery store opened and began serving Tim Hortons’ products. This makes it easier for people to order whatever food they want from their favorite brands, making it a convenience store of sorts. Now if you ever wondered how they could have fared so well together, you would be shocked to know that they have a nice synergy based on their product offerings.

While some people may worry about competition between their products, executives from both Tim Hortons and Cold Stone said that their partnership was complementary, as they serve different day parts. Cold Stone does most of its business in the evening, Tim Hortons is more of a breakfast and lunch staple, as they serve soups, doughnuts, sandwiches and coffee. This makes their joint efforts quite lucrative, as they are able to cover all day parts.

To quote them, they said they were excite about their complementary day part idea and that it is unique, not cannibalistic, as it uses existing people, assets and resources. Co-branding stores are found in Connecticut, Maine, Rhode Island, Michigan and Western New York. In these states, both companies have quite a strong following.

This is a business strategy wherein two or more companies come together to offer a shared product, or sell their wares under one roof. While it makes sense when it comes to machinery, where parts can be made by different companies, it is rarely seen in the food industry. This is usually met with caution, when it comes to food, as there is a chance that more customers will prefer one over the other.

While it may seem risky, having a convenience store set-up can be quite profitable. Even so, if competition between two brands is noticed, a company may decide to pull out. However, with a good marketing strategy, that can be overcome.

This decision was made after they did a successful test run. Lee Knowlton, COO of Kahala Corp., said that both stores experienced significant sales increases and none of the brands suffered from any competition from the other, otherwise called a trade off effect, which is common when customers opt for new menu items over older ones. Knowlton also said there was obvious synergy and that it exceeded their expectations.

These co-branded stores have both restaurants’ complete menus and digital menu boards. These have digital graphics to get customers acquainted with each brand. Cold Stone has to extend their hours, 6 or 7 a.m., a big jump from 10 to 11 in the morning. Tim Hortons locations say open till midnight during weekends.

When you enter a co-branded store, you will notice that Cold Stone’s menu is on the left and Tim Hortons’ is found on the right. However, the register is found right in the middle. It is nice to know that even their color schemes seem coordinated.

Please note that many co-branded menu items were put there due to the requests of customers. At some point they even noticed a conglomeration of products from both brands, like ice cream in coffee. Their menus include muffins ala mode and coffee floats, to celebrate joining together as a team. If you ever visit one of their co-branded establishments, you would think that both brands work seamlessly together and you would forget they were once separate business entities.

This concept caters to people who do not have that much time on their hands, as having most of the food that you want to eat is more than most could ask for. If you are ever in the mood for a wide array of food choices and you do not have time to head off to different locations to sate your cravings, a visit to a co-branded store will save you time and gas.