Fast Food in the US: What Tastes Best? - Menu Prices 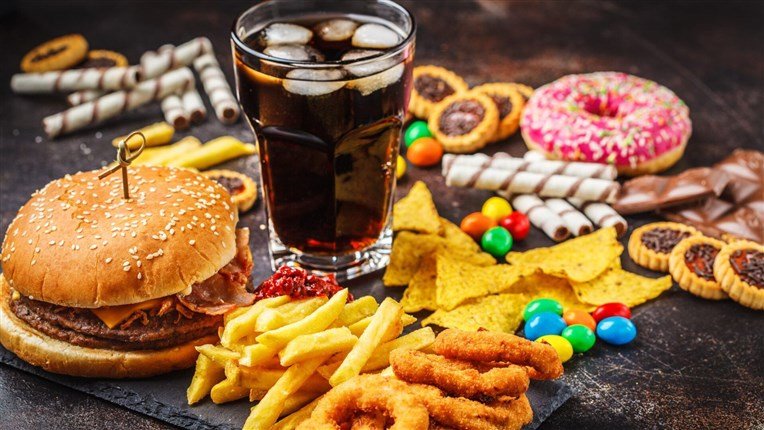 One thing first: Fast food is much better in the USA than its rather mediocre reputation, surprisingly even significantly better than in Europe.

The cliché of the greasy fries and mushy burgers only applies in very few exceptional cases today, instead there is actually a lot of attention to quality and freshness in the American fast food industry.

We compare the largest chains in a small, of course rather subjective test: Where does something taste best?

As with us, McDonald’s is also rather average in the USA. The offer is impressive, the prices are acceptable, but the burgers are not really tasty. Instead, the chain shines with special offers and round-the-clock service; Breakfast and the like are also available here now. If there is nothing else to choose from, that’s okay, but nothing more for us.
2 out of 5 burgers

Burger King USA: The big competition is even more disappointing. A burger in Page, Arizona, tastes the same at Burger King as a burger in Cologne-Zollstock, North Rhine-Westphalia. Some may like it, but we personally find it just bland and boring. In addition, the prices are steep and freshness is apparently not the top priority. Dispensable.

Jack in the Box

Jack in the Box: We think of the best of the mainstream fast food chains that you can find on just about every corner in the US is Jack in the Box. Here, too, the burgers are not always fresh, but mostly taste good and you can tell that the quality of the standard burgers has priority over absurd advertising combinations. A couple of Mexican-themed dishes that are also on the menu are okay, especially for their price.

Wendy’s done a whole lot better. Unfortunately, they are not found that often, but score with great freshness. The meat finds its way onto the grill without having been frozen beforehand, which makes a huge difference in quality. Chips & Co. also taste much better – definitely worth a visit.

In-N-Out Burger: This is only topped by In-N-Out, which can be found mainly in California, but now also in parts of Arizona and Nevada. Here every burger is freshly and extremely tastefully prepared, the fries are even hand-carved from potatoes behind the counter – no joke! The prices are also downright ridiculously low. The selection at In-N-Out is minimal, but the taste at the fast food chains is unsurpassed.

Five Guys: Five Guys are already somewhere between fast food and diner, who also prepare every burger fresh and allow all sorts of wishes: You can fill your burger as you like and also choose unusual ingredients such as mushrooms. The taste is good, but the price is a bit higher than the competition.

With KFC, on the other hand, almost the same applies as with Burger King. The food doesn’t taste any different from ours and with some dishes you don’t really know what you are actually eating. Maybe you don’t really want to know. We can only recommend the Coleslaw salad, which is also available in every supermarket in the USA.

Taco Bell: A somewhat unusual fast food chain is Taco Bell. Not because it would offer Mexican-inspired food like wraps, but because the portions are comparatively small – you have to order a large box consisting of four or five dishes to be really full. Basically that’s okay if the taste weren’t sticky at times. You can give yourself once, but don’t have to be a second time.

A sandwich from Subway

Subway: Similar to Europe, Subway can convince with freshness and quality. The prices are a bit steeper than the burger competition, but you get a really big sandwich with all kinds of fresh ingredients and countless options. If you’re really hungry, but tired of the eternal burger, recommended.

The same applies to Quiznos, which differ from Subway by, well, uh, actually only the name. Here, too, there are fresh sandwiches with good ingredients, but unfortunately we did not come to a price comparison. That’s why we just give:

Panda Express: Finally, something Asian! Panda Express offers various dishes with a Chinese touch, such as chicken with orange or something similar to chop suey, but – as is so often the case in the USA – of course not consistently, after all, everyone should taste it.
On the other hand, there is basically nothing wrong with a fast food chain, for a decent price you get your plates clapped and you are definitely full, even if it tastes very sweet.