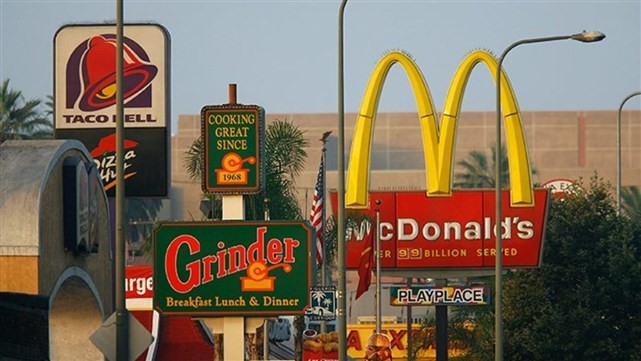 Fast-food business is a $208 billion industry in the United States whose main concern is not only profit but to satisfy the capricious taste buds of consumers. Most of them grew up beneath the shadow of McDonald’s golden arches. A few years back, McDonald was the ideal fast-food outlet whose service was synonymous with delicious food, friendly service and speedy delivery.

The Fight to The Top

Recently, with the emergence of more fast-food outlets, consumers demand more from the food industry. Fast food must not only serve food that tickles the palate but food served must contain quality ingredients promoting good health. They even demand prompt service under favorable ambiance. The consequence was that some of the country’s oldest brand names in fast-food are demoted and in recent years continued experiencing lesser sales and fewer eaters. Consumers are always searching for something fresh and new.

Surveys Rated The Most Loved and Hated Fast Food Chains

Earlier this year, the Association of Certified Survey Technicians used 5,023 subjects to rate their five best loved and most hated fast-food. The result:

#5.The motto – “Better Ingredients, Better Pizza,” of Papa John’s got the customers’ favor; more so when he created pizzas without additives and artificial ingredients; and eliminated MSG from its ranch dressing and trans-fat from its garlic sauce.

#4. Dunkin’ Donuts was the only fast-feed that increased customer’s satisfaction in the survey. The company is now focused on its beverages such as Dunkacinnos and Coolattas to lure customers away from higher-priced coffee stores like Starbucks and other fast-food rivals like McDonald’s

#3. Panera is a bakery café chain that has clearly made a big impact on consumers. Although Panera is new in its category as fast-food restaurant, it has stolen market share from the more established players by offering a little bit more service. Pledging to serve healthier food, it removed wood rosin’s glycerol ester and artificial smoke flavor from all fast-food dishes.

#2. Chipotle Mexican Grill, like Panera, is a new kid on the block and is becoming another favorite with American diners. Even though it fares are more expensive compared with the traditional burger-focused fast-food restaurants; the company has high standards for humanely raised meat and premium ingredients.

#1. Chick-fil-A is tops when it comes to customer satisfaction for it is perceived to serve better quality food. Like Chipotle, Chick-fil-A focuses on a specific type of item on the menu transforming it to a really high quality food.

# 5. KFC is having difficulty in convincing diners to visit their trap. The chain is utilizing former “Saturday Night Live” comedian Darrell Hammond to play in their gig. Many found the new ad campaign finger lickin’ good as distasteful. KFC’s problem is linked to their sales in China that suffered amid concerns about food safety.

#4. Burger King is trying to resurrect an old mascot, a royally strange figure with a grinning plastic face, in their effort to attract diners back to its flame-broiled patties. They also introduced frozen drinks like a Pina Colada smoothie.

#3. Taco Bell scored poorly and has suffered from perceptions about its food quality in recent years. In fact, they are facing a 2011 lawsuit for a claim that their beef filling was only 35 percent beef instead of the chain’s claim that it is 88 percent beef.

#2. Jack in the Box vowed to provide new offerings to entice customers by introducing the Buttery Jack burger last January. People with weak hearts and heart problems must keep away from the latest Jack burger as melted herb-garlic butter on top is not good for them.

#1. McDonald’s chain is America’s most disliked fast-food restaurant. The decline continues even as the company has started a turnaround effort, bringing in a new chief executive and tweaking its menu to make it more appealing. They even brought back Hamburglar, the burger thief that was featured in ads during the 1970s and 1980s. But it did not help as consumers are looking for something newer and fresher. Consumers are willing to spend a little more for higher quality.

As the economy recovers, fast food restaurants need to step up their game. Fast-food restaurants must analyze why consumers dig certain food outlets and keep away from others. Based on the survey results :(1) consumers like healthy food that does not contain artificial ingredients and additives; (2) they are also meticulous about the taste that appeals to their palate; (3) some are affected by issues that connect the company to news governing food source; (4) customers are sensitive about the price; and (5) preference for the new as the old ways are no longer appreciated.

Next year, you will see new batches lining up as the best loved and most hated fast-food chains. Some will go up to the best while others will descend to the worst.