Get Everything You Want in a Domino’s Pizza, On Your iPaD! - Menu Prices 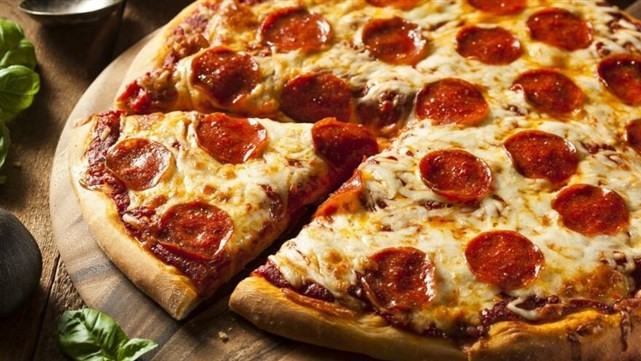 Domino’s has dominated the pizza delivery market for years, and very soon they will take that a notch higher – by allowing you to customize your very own pizza, straight from your iPad.

This coming Monday, pizza lovers can use the best of technology to make their pizza experience even more fun and exciting. With an iPad app that you can download for free, you can basically make your pizza the way you want it to be, and have fun while doing it.

When you have the app downloaded in your iPad, you can select your own crust & size, cheese & sauce, and finally – meats and toppings. This means you can have your choice among Italian sausage, beef, Philly steak, ham, bacon, salami, and premium chicken for the meats. For the non-meats, you can pick from green olives, green peppers, jalapeno peppers, mushrooms, pineapples, and roasted red peppers.

But customizing your own pizza simply by choosing isn’t exactly something customers haven’t heard of before. What makes this iPad app revolutionary however is the fact that you can design your pizza in 3D. This means that as you make your choices and pick your toppings, the app gives you a ‘realistic’ idea of what your final pizza will look like. Every time you choose a topping, you will see those toppings actually fall into your pie crust of choice.

With all of this animation in effect, customers will actually have a pretty good idea about how their pizza is built in Domino’s kitchens. When you get that pizza delivery, you’ll more or less know what to expect, thanks to the digital pizza that you built using the app.

This iPad app makes pizza-building so much easier and definitely brings it to a more personal experience, compared to just picking the pizza of your choice from a set menu. But Domino’s doesn’t end with just allowing you to customize your pizza, because it has many other ways of maximizing the technology.

With the same pizza-making app, you can also monitor your order real time. Gone are the days of calling the pizza delivery hotline or placing your order online and waiting by your doorstep, wondering when the pizza would actually arrive. This app comes with an updated tracker system, so as soon as you place the order with your iPad, you can track the pizza’s progress – from the ovens to the delivery guy leaving the store, up to the time the pizza actually arrives at your doorstep.

Domino’s Pizza Chief Information Officer Kevin Vasconi highlights that this iPad app was made to bring the pizza ordering experience to an entirely different level. The Domino’s Tracker was already launched online, but having both the pizza customization and order tracker functionalities in one single app makes the experience more complete.

Since this app is downloaded straight to your iPad, you can even save your favorite pizza customizations, just in case you want to order exactly the same thing the next time you want your pizza delivered. You can also use the app if you want to order anything in Domino’s menu, even if you don’t want to make your own pizza per se.

Not the first time

This latest innovation by Domino’s is not the first time the pizza delivery market leader has used technology to boost its sales and improve customer satisfaction. In 2011, Domino’s came up with the Pizza Hero App, which is a game that allows pizza lovers to have fun in making their own pizzas, and ordering it as well. By making a game out of something like pizza making, Domino’s has brought the product closer to the hearts of those who love it.

Using technology is a great strategy, because after all, digital orders make up around 40% of Domino’s Pizza sales, at least in the United States. This points to a growing trend of a more internet-savvy and techie market – one that likes to have everything available in a instant but also one that’s veering towards more customization in the products that they order.

Yes, you still have your traditional and old-fashioned way of pizza ordering – via phone or via internet. But there’s also this growing trend of mobile data users that really respond to having everything available in their devices – including pizza.

The app will be available very soon, but this is only an addition to Domino’s moves of reinventing itself. Over the last two or so years, it has created a new pizza recipe, come up with innovative (and surprising) products, as well as listened to what the market really wants. By reinventing itself, Domino’s has picked up on sales and the numbers are healthy. Now that it’s targeting the digital world with this new app, only time will tell what else is in the horizon for this pizza delivery giant.