Is there a Decline in Frozen Yogurts? - Menu Prices 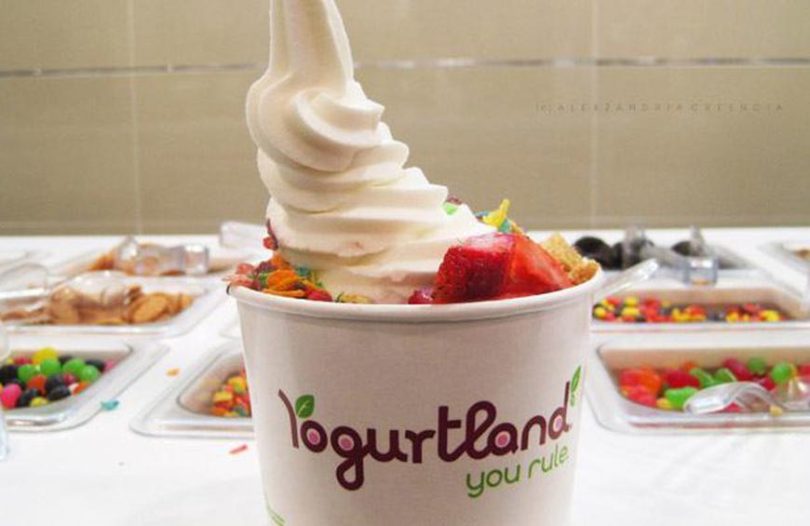 Frozen yogurt, or Froyo, has risen to fame since its birth in the late 80s. Many of these establishments, such as Pinkberry’s and Yogurtland, have then taken much of the market share that is estimated to be $300 million by the mid-nineties. What is so special about frozen yogurt anyway?

Frozen yogurt is basically a low fat option to ice cream, because of the use of milk in its base rather than cream. It still retains a little sourness like yogurt but is now mostly an imitation of ice cream, only it is soft-served. Also, frozen yogurt has been the choice of many who are going for less sugar and fat. There are now low sugar varieties for those who want to go healthy all the way. However, many of frozen yogurt stores let customers pick out the ingredients, and dieticians encourage patrons to use more healthy toppings.

There is stiff competition now among frozen yogurt establishments because of the continuing fame of this delectable desert. The frozen yogurt craze is also highly capitalizing on the upswing of the healthy eating culture.

One of the more famous froyo joints is Pinkberry’s. This store was first opened in 2005 in California with a small groupie following. By 2010, the founders of Starbucks made a $20 million investment to make the franchise reach a national scale.

Bestsellers of Pinkberry’s include the peanut butter cup, butter pecan and pomegranate, among their other 26 flavors. Since it’s not on self-service anymore, you will have to order in your choice of toppings. Choices of toppings include a wide array of fresh fruits like strawberries, blueberries, kiwis and raspberries. More tropical fruits like pineapple and bananas are also available, and if you want to indulge on your sweet tooth, you have choices such as oreo bits, nuts, kisses or chocolate shavings. People in general are still happy with the made to order set-up, even if they recently shifted from the self-service store. Most people think that swirling frozen yogurt on their own ended up with a mess, and their concoction of toppings were less than perfect. In Pinkberry’s, you can have the attendant help you with your choices. Most customers still gave 5 stars to the warm and thoughtful service that they got.

There was a small difference of opinion when it came to self-service. Some thought that this was a turn-off and said that Pinkberry’s should return to the self-serving mode. There were more people who liked the current arrangement though. There were also complaints that the ingredients weren’t fresh, and when they demanded for fresher ingredients, the staff was indifferent. Well, this is a valid complaint, especially if the banana was turning light brown.

At Yogurt Land, they still decided to stick to the conventional froyo self-service setting. Top sellers include the salted caramel pecan, and made from real California milk, alongside the birthday cupcake batter and the blueberry tart. Other unique flavors are found in their menu. These are the Mojito Sorbet, which is non-alcoholic but with tropical goodness flavors of lemon and lime. The Pumpkin Pie flavor got a lot of nods too. Unique tropical combination is found in the guava grapefruit sorbet. Compared to Pinkberry’s, there are more options here to tickle your curiosity and can be mixed and matched with a variety of toppings, which will accentuate your flavored yogurt experience.

Apart from the self-service, many patrons still indulge in putting their own toppings on their froyo. Seems that a lot are still willing to take adventurous leaps, and are still willing to test out new combinations and flavors. Though some might find it messy, and too complicated, reviews show that people keep on coming back to this shack just to appreciate the creativity of the flavors here. To the highly discerning froyo consumer, the toppings accentuate the already delicious softness in their cups.

In summary, it seems that there is really no competition between Pinkberry’s and Yogurt Land. Each store is still widely accepted and good reviews keep on coming. While Pinkberry’s change of platform turned off a few, a lot of its loyal customers still appreciate the classic flavors, and even the new ones, albeit conservative and contrie. A lot of their loyal patrons actually like the new set-up.

The approach of Yogurt Land borders the experimental and the usual. They are attracting new customers this way, and keep the old ones as well. Many patrons are looking for the self-serve set-up mainly because this is what they got used to, and refuse to change their old habits.

It’s obvious that both are still at the top of their games, as far as selling froyo is concerned. Both Yogurt Land and Pinkberry’s still dominate the market for sure.