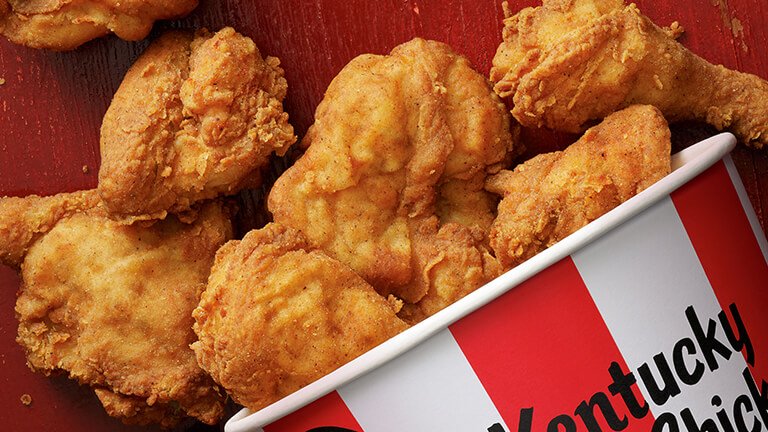 For several years now, the public has been fascinated with the idea that some of the biggest fast food chains in the world have secret menus. These are basically food choices not listed on their menu but are available if you order them. For some restaurants, they post these secret menus on their official websites, while others don’t.

Some may wonder if such a menu really exists, because why would anyone hide recipes from the customers? According to some keen observers, these secret menus and hacks were mostly created by enterprising individuals who have frequented the restaurants so much that they were able to combine food options and come up with something deliciously unexpected, and some of these creations were created by the employees of the restaurants themselves. You may have to spend extra for the add-ons, but the goal is to always find something different to give a new flavor to the classics favorites.

If you’re a fan of this chain, then you’ll be happy to know that a KFC secret menu exists. KFC is known for its original recipe fried chicken that is impossible to replicate, as well as their fries and gravy and food bowls. Admittedly, their advertised menu selections don’t offer a lot of variety, but with these hacks, you’re going to have more reasons to love KFC.

Please note: not all counter staff will know the secret menu possibilities, so give them as much instruction as you can after reading the below.

The Double Down used to be on the KFC menu for a limited time, and ever since it’ been discontinued, we always get questions about how to get one. Fortunately, KFC still has all the ingredients to whip up this overwhelming sandwich – you just have to know how to order it. This burger comes with two kinds of cheese (melted), bacon, and two pieces of Original Recipe Chicken with a pinch of the Colonel’s secret sauce in between.

When Double Down became popular, it got its own share of haters and lovers. If you’re someone who loves it, then you’re going to adore Triple Down: chicken patties within chicken patties (sounds like Inception, no?). And then you have the extra cheese and extra bacon. Also, no one’s stopping from adding mashed potato with this one.

The Zinger stacker is made with a fresh bun, two Zinger Fillets, lettuce, two slices of melted cheese, chili relish, and spicy super-charged sauce. On the other hand, the Ultimate Zinger has a Zinger Burger Fillet in a Pulled Chicken Ultimate. They taste almost the same, but who knows, you may like one better than the other.

In a world filled with make-your-own pizza and make-your-own burgers, there is also a make-your-own chicken bowl from KFC. Their restaurants have regular sets of the usual bowls and most of them have been around for years. Usually, at least one of them can strike your fancy; but if you’ve tasted them all many times over the years, then this is your chance to create something new, using all the ingredients you love. Get crazy with extra bacon, gravy, and cheese. Add fries if you’re feeling a little bit adventurous.

Speaking of fries, this recipe is sinful. Poutine is a combination of French fries, cheese curds, and gravy. Poutine is very popular in Canada and we can see why – anytime you combine some of the most delicious items fast food world, you are only going to get good things. Just the thought of that piping hot cheese and KFC gravy poured over French fries will make your mouth water.

This is just a reminder, though it’s actually a no-brainer since the KFC mashed potato tastes great with everything, you can have it on the side or you can mix it with the meal. Spread it over the chicken in the sandwich or on a burger if you want. Try it on a poutine! What makes it better is the gravy, of course, so don’t forget to include it wherever you add masked potato.

Like mashed potatoes, additional bacon is welcome in almost every meal. A bit crispy, a bit salty, and always delicious. No explanation needed at all. You can add this in all the recipes mentioned above.

When you’re hungry, salad and French fries will not be enough to accompany your main meal. Add the creamy and buttery goodness of biscuits to make you even more satisfied with your lunch or dinner. Spread gravy and mashed potato over it to bring out a more flavorful taste.