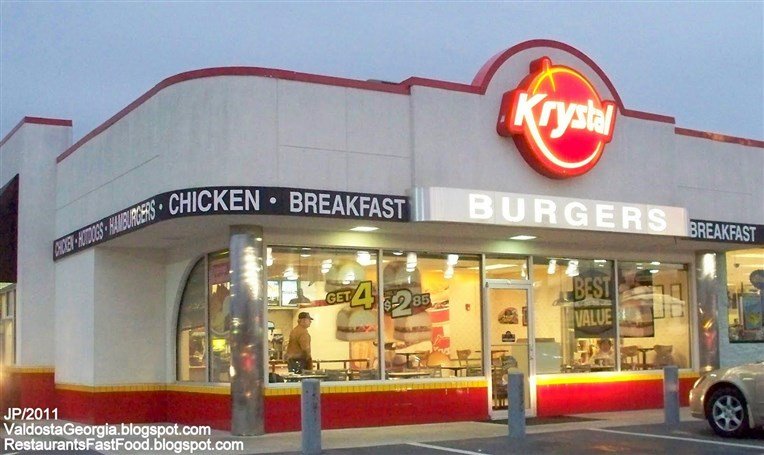 Krystal is an American fast food chain that sells mainly hamburgers and has branches in the southeastern United States. The company was founded in 1932 by Rody Davenport Jr. and J. Glenn Sherill in Chattanooga, Tennessee. Krystal is thus the oldest fast-service restaurant chain in the southern states and the second oldest in the USA. Today Krystal has more than 420 stores in 11 states and employs approximately 7,000 people.

The name of the company is also the name of their main product, the “Krystal”, a square hamburger. In addition, other specialties include the hot dog called “Pups” and the “B.A. Burger, ”a large hamburger made from 100% Angus beef.