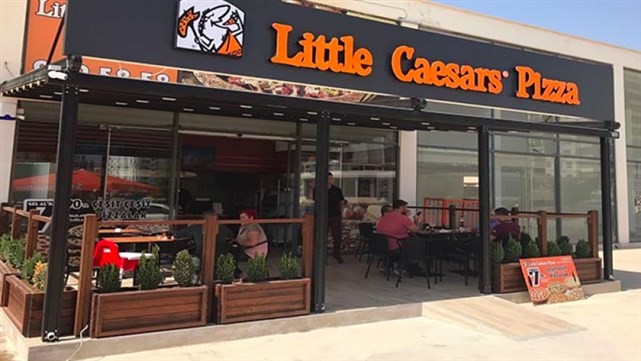 Little Caesars Pizza, known for its hot and delicious HOT-N-READY pizza and great-tasting Crazy Bread, is recognized as the biggest carry-out pizza restaurant chain in the country.

It is also touted as the fastest growing pizza brand in the world.

What’s impressive about Little Caesars is the title given to it for six years in a row – “Best Value in America.”

It is a huge recognition, and the restaurant makes sure it deserves such a distinction by continuously improving in its production of food products as well as in the aspect of customer service.

The pizza chain always delivers the best quality products, with all Little Caesars items created out of the freshest and highest quality ingredients.

Not an ingredient is frozen, but instead, everything is brought to the store fresh, whether it is Muenster and mozzarella cheese, bell pepper, onion, among others.

Little Caesar takes pride in producing the freshest dough every day in all stores. Sauces are concocted from fresh and vine-ripened California tomatoes.

This April, Little Caesars Love Kitchen will again earn the spotlight as it will work with St. Matthews House to give fresh and delicious Little Caesars special pizza meals. They will be distributed to around 325 people in need.

A pizza kitchen that’s practically on wheels and always on the go, Little Caesars’ Love Kitchen goes around the whole of the US and Canada. It meets the feeding requirements of the hungry and homeless, and disaster survivors, as well.

Franchisees are happy that through Love Kitchen, they are able to serve great meals to those who need them.

As Luis Velez, a franchisee of Little Caesar said, “As a member of the area business community, it’s important for us to support people when they need it and help make the community stronger. We’re excited to support this program with food and staff to provide a quality meal for people who otherwise may not get one.”

So far, Little Caesars’ Love Kitchen has served almost three million people in all 48 US states and 4 provinces in Canada.

It had served those in need during times of disasters, like the recent tornado disaster in Oklahoma, the hurricanes on the Gulf Coast and the East.

It gave its assistance during the Federal Building bombing in Oklahoma City in 1995, and was also present at the World Trade Center site when it was attacked on Sept. 11, 2001.

The Love Kitchen, which was created by Little Caesars way back in 1985, exemplifies the company’s strong tradition and desire to give back to the communities of America.

David Scrivano, company president and CEO, reflects the mission of Little Caesars, Inc., which is for the company to be there in the midst of the communities that it does business, and at the same time, make a difference.

He said that Little Caesar is a family oriented company, proud to be working with both local franchisees and company stores in order to coordinate everything – staff members and food, and be there for those who need assistance.

Both former Presidents George H.W. Bush and Bill Clinton awarded the citation of The President’s Volunteer Action Award to Little Caesars for the valuable contribution that its volunteers provided to the Love Kitchen.

Likewise, during the Reagan administration, Little Caesars was given the Presidential Citation for Private Sector Initiatives dedicated to the Love Kitchen program.

The restaurant also accepted a certificate of appreciation issued by the State of Michigan. It was highly recognized and appreciated by the Detroit’s City Council for the valuable efforts of its volunteers in the Gulf Coast region.

Another form of charity work involves the local franchise owners of Little Caesars and its company regional offices, which donated all labor and food expenses for a number of Love Kitchen servings.

An estimated 50,000 franchise holders from various localities and employees and officers of Little Caesars had dedicated and volunteered their time throughout the years in support of the company’s programs within their own local communities.

In 1959, Little Caesars Pizza founders Michael and Marian Ilitch opened their first restaurant in Garden City, Michigan. Success has been consistently achieved ever since.

Today, apart from Little Caesars Pizza, this hardworking husband-and-wife team boasts of other successful ventures not only in the food industry, but in sports and entertainment as well.

The achievements and charity works of Little Caesars Pizza have made it one of the pillars of the pizza food industry, something that Michael and Marian Ilitch can truly be proud of.

Currently, Little Caesars is in a rapid stage of expansion in prime markets both locally and internationally. This provides great opportunities for everyone wanting to go on a business within a franchise system.

Profitability is assured as the restaurant offers strong and reliable brand awareness with one of the most recognizable and exciting characters in the United States – Little Caesar.