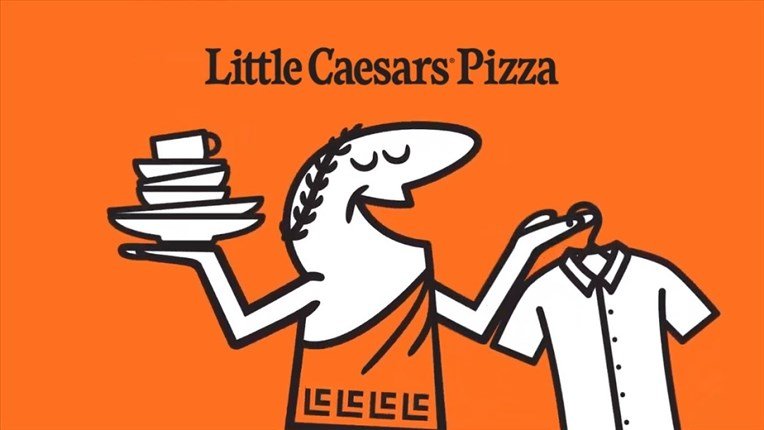 The founders of “Little Caesars” Mike Ilitch and Marian Bayoff met and fell in love on a blind date in 1954, because just a few months later the wedding bells rang. A few years later, in 1959 to be precise, the couple opened their first pizza restaurant in Garden City, Michigan, a suburb of Detroit with all their savings. And how could it be otherwise: This was the beginning of a successful business idea. Back then, the first restaurant was called “Little Caesars Pizza Treat” and is still open to hungry visitors today. The logo of “Little Caesars” was designed to match the name. If you see a little animated Caesar with a laurel crane and toga on the streets of America from afar, you have come to the right place to collect your pizza reward.

The restaurant’s expansion began in 1962 with the opening of Michigan’s first franchise business. Just ten years after the founding of the first restaurant, “Little Caesars” celebrated the opening of the 50th restaurant. The way to become one of the largest fast food chains was paved and the idea of ​​only offering take away food soon caught on internationally. There are hardly any seats because the pizza is ordered directly at the counter or when driving through the car. These delicious pizzas are now available in all 50 states and among others. also enjoy in Australia, Turkey, Mexico and many other countries.

Pizza! Pizza! is the famous slogan of “Little Caesars” and was established in 1979. He used the double exclamation to denote double the amount of pizza, two for one price. In addition, the (square) pizzas came in a long box with space for two next to each other. The menu at “Little Caesars” is not huge, as one is otherwise used to from the Americans, but there is a delicious choice between the classic salami pizza and vegetarian creations. There are a total of seven different variants from which customers can choose. There are also a few side dishes such as chicken wings or bread sticks baked with parmesan and garlic. The Hot’N’Ready pizzas are unbeatable. are available for a whopping $ 5 and can be taken away immediately. In addition to the classic round pizzas, there are also the Deep! Deep! Dish pizzas, which can be bought in the square Detroit style. And what would Little Caesers be if they didn’t also offer pizzas with cheese crust ?! The salami pizza with a double rim of salami and cheese is currently high for $ 10.

The concept of this fast food restaurant is based on the fast and high quality production of pizzas, all of which are to take away. The so-called “15 Minute Service”, with which customers were greeted with neon letters in the window in the 1960s, is still implemented today with the help of special ovens.

All roads lead to Detroit

Despite the successful business model of “Little Caesars”, the Ilitches have never forgotten their home in Detroit. They share their passion for work for sport, culture and education. You are part of two professional sports teams that have been supporting you since 1982 and 1992, respectively. The first team, the Detroit Red Wings are an ice hockey team, which are present in the NHL and have won various titles such as the Stanley Cup. In addition, the two have been promoting young ice hockey players since 1968, among other things. through its own small league, the so-called “The Little Caesars Amateur Hockey League”. The second sports team are the Detroit Tigers, which are at home in the American baseball league.

In 1987 Mike and Marian Ilitches bought the long-neglected Fox Theater in Detroit and renovated the huge building, built in 1928. Only one year later it could be used again in its original splendor for various cultural events such as concerts, plays or classic films. In 2015 Wayne State University in Detroit received a donation of $ 40 million from the Ilitches couple to build a new business school. Thus, the Ilitches set a serious milestone in the education sector and strengthen Detroit’s image.

Since 1985, “Little Caesars” has owned two trucks called “Love Kitchen” to help those in need. The trucks now drive 365 days a year through America and Canada and are busy distributing pizza to the homeless. For this good work, the “Love Kitchen” project received the so-called “President’s Volunteer Action Award Citation” from both former President George W. Bush and Bill Clinton. In addition, “Little Caesars” has been committed to veterans since 2006 and helps them start their career in their own company or provides incentives for a completely new career path. The Ilitches couple used their success to support their hometown Detroit and distribute pizza across America.

Would you also like to enjoy a traditional salami pizza from “Little Caesars” and experience a piece of Italy and America at the same time ?! Take your chance now and register for the Green Card Lottery DV-19! It is never too late to fulfill your very own American dream.