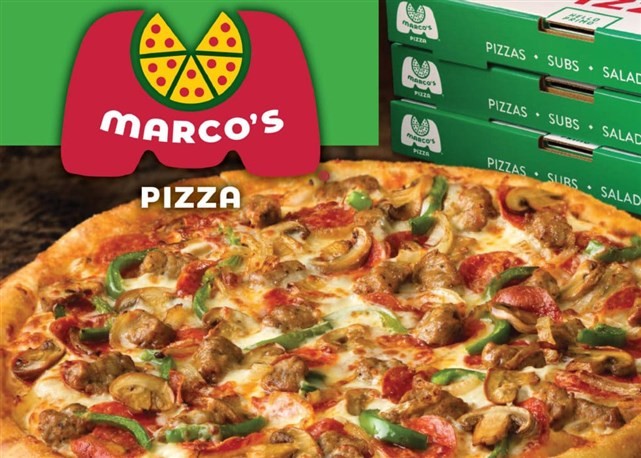 Marco’s Pizza has been experiencing rapid sales growth, and the reason for that is Americans’ increasing demand for quality takeout, something the company has been able to consistently deliver. Based on industry figures, people are getting tired of the same old burger and fries and now prefer pizza, but only the restaurant quality type, which is what Marco’s Pizza delivers.

The figures show that the company is the fastest growing pizza franchise in the US, resulting in increased revenues for both the company and franchise owners. The fact is, 51% of Americans today order a takeout at least once weekly, and of those that do, 8 out of 10 prefer pizza, which is why the industry is now worth $40 billion annually.

To meet the demand from customers, the top honchos at Marco’s Pizza emphasized the importance of commitment and quality to ensure customers keep coming back. Their efforts to improve service and food quality have obviously paid off. Recently the company hired Procter & Gamble Test Kitchen, MRSI to do a 4 month study, and the results showed that over 70% of the individuals who tried Marco’s Pizza stated they would buy again. The same survey was done with their nearest competitor, but only 36% of the respondents said they would buy again.

In interviews given by the company’s top personnel, they say that the reason for the company’s success lies in their use of choice ingredients and not cutting corners in the toppings, cheeses and the crust. Aside from using fresh ingredients, the company also employs a rigid quality control system to ensure all vegetables used are sliced in the kitchen daily.

The company also announced they have expanded their meat suppliers for their Italian sausages and pepperoni, and all their dough is freshly made in stores. Since the company began it’s been using high quality flour specially cultivated in Minnesota and they continue to this day. In addition, Marco’s Pizza has developed a unique tomato sauce that gives their pizza a distinct taste and texture.

Just recently Marco’s Pizza opened its 500th location, and the company announced their plans to open at least another thousand in the near future, an indication of how successful the chain has become. As proof of this, Marco’s released official figures indicating their stores report sales has increased every quarter beginning in 2004.

The company’s rapid rise to success has not gone unnoticed, as Marco’s Pizza was ranked 104 by Entrepreneur magazine in its renowned 2014 Franchise 500 list, and Franchise Business Review added Marco’s to its yearly list of the Top 200, an indication of how well Marco’s Pizza is being run today. In addition, the company was also included by All Business in their All Star Franchise System in 2013, placing it at number 6.

According to a Marco’s spokesperson, they expect accelerated growth in the near future and they have other territories and locations in mind already. The company is currently on target to achieve its goal of becoming the fourth biggest pizza franchise in the United States, and there’s a strong possibility that the company could exceed that in the coming years.

Following the opening of their 500th store, Marco’s decided to honor the country’s veterans via the 500 Strong charitable venture, the goal of which is to raise $50,000 to aid 500 veterans find work.

Immediately after the program began, Marco’s customers helped as they donated $1 for several weeks up to the June 14 opening at College Road in Wilmington, NC. The store itself is owned by Joe Walker, who is himself a war vet. Every donation made was managed by USA Cares, a nonprofit organization that provides advocacy and financial assistance for post-9/11 U.S. military families.

According to Marco’s, the unemployment figures for veterans is double that of the general public, and the donations will provide the veterans the benefits they need. Already, the company has scores of veterans working either as employees or franchise owners, and Marco’s is also a member of the International Franchise Association’s (IFA) VetFran program. Under this program, the company is able to offer veterans various incentives for becoming a franchise owner of Marco’s Pizza.

According to Marco’s, veterans are especially suited for their company because a lot of what they learned in the service –working with people, leadership, attention to detail and dedication- are all needed to run a successful pizza franchise.

The program has proved very successful, and there’s no better example than Joe Walker himself, the owner of Marco’s 500th store. The store is the 12th under Walker as Area Rep, and he said three more will be opened soon, something that Bryon Stephens, Marco’s Pizza COO and President, is very proud of.