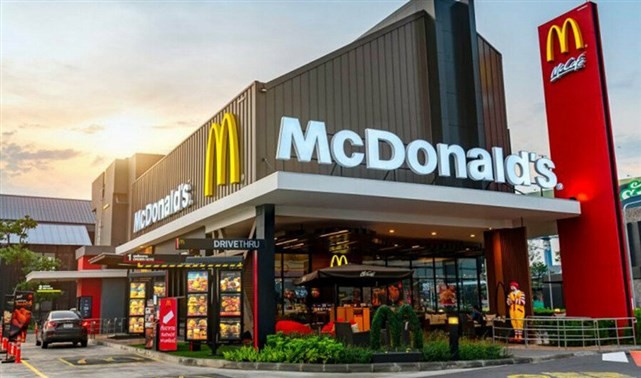 What is the first name that comes to your mind when we talk about burgers and French fries? Yes McDonald’s is what we are talking about. The top of the mind recall value of McDonald’s is so high that it has established its presence and has got deeply rooted in the hearts of the consumers. Founded in 1940 this chain of restaurants is one of the world’s largest restaurant chains across more than 35000 locations worldwide.

But lately their products which deal with fast food items like hamburger, French fries and shakes with soft drinks are really a matter of concern for those who care for their health. But in today’s world what matters is the response to the customer demand. One should always remember that customer is the king.

One person whom any company should care for is the customer because that is the only source of income for the company. The restaurant chain was doing fine business all these years and has even set some of the highest benchmarks in the industry be it either the presence in the international markets or be it attaining equilibrium in the business within the shortest possible time period. Thus customer satisfaction becomes the most important factor in success of the business.

McDonald’s has been pioneering in the fast food industry since long but then there is this rapid change in the mentality of the people as well as the perception of their minds which has put McDonald’s in the last place in a new customer satisfaction survey which was conducted by American Customer Satisfaction Index (ACSI).

The Parameters That Defined The Fate of McDonald’s

There are certain regular parameters that were devised for this kind of a survey in which the exact nature of customer satisfaction can be derived thereby giving the brands their unique rank. The survey consisted of the following different parameters.

Accuracy of the food order was considered most important and achievable by the brands. This is where the exact ordered food is served and there is no errors made in that. Any kind of errors in the ordered food can displease the customer and hence result in lower satisfaction. Similarly the quality of beverages is another parameter which was ranked across the customers of all the restaurants. Courtesy and helpfulness of the staff is also measured to understand as to what hospitality they can offer.

Layout and cleanliness of the restaurant should not be displeasing else the customers might get a bad feeling about the restaurant and might not want to revisit the same. One of the important things that matters to any customer is the waiting time for checkout after placing the order. Hence even the speed of the checkout or delivery if taking a home delivery is also measured to check as to how speedily and efficiently the restaurant is functioning. Quality of food is also one of the criteria’s which is an essential parameter.

It clearly revealed McDonald’s at the bottom of the list with a ranking of just 71 whereas the highest and top positions being occupied by Papa John’s and pizza hut. The fate of the company lies in such surveys as more and more customers get to know about the survey there will be a sense of discontent among them. Even this is not the only problem there is a clear conclusion that if at random the consumer satisfaction has brought such clear results that means majority of the customers are not happy with the service being provided by McDonald’s.

There are customers who have being reporting problems lie quality of food and beverages as a matter of concern at McDonald’s but then the overall image of the brand is at stake with such reports. In fact the full service restaurants are doing a better job than any of these limited service restaurants. Complete satisfaction is all that matters to the customers.

In case of McDonald’s the evidence is in favor of the compromise made on quality and serviceability. This clearly shows the scope of improvement in their service and as a concerned company for their customer they should give a shot at a full-fledged campaign with all their staff focusing highly on the service that they are providing.

If the staff is happy then the customers will also be happy but if the company is not keeping their own staff happy then it’s a matter that should be resolved at immediate disposal. This could have cascading effects on the business of the restaurant for years to come and could result in hazardous effects on the company entirely.

This can be one of the temporary relief for the company which they can put in the favor of their argument but this won’t work always. Hence improvement has to be brought and it has to start from within the company rather than starting from the customers. The happier the staff of the company is the happier its customers will be.