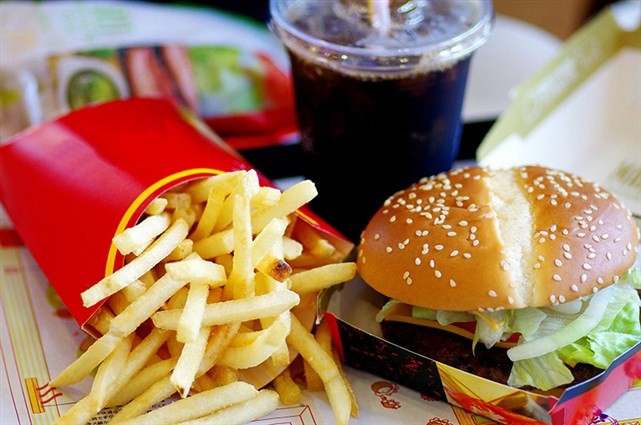 The bad news is that McDonald’s whose Golden Arches had seen thousands of hungry customers in the good old days is America’s least favorite major fast food chain.

According to a report released from the American Customer Service Index (ACSI), it seems that fast food lovers have turned their backs on the company. The survey was conducted by ACSI, a company that measures customer satisfaction in all sorts of industries. The ranges of benchmarks included in the survey were: (1) accuracy of order; (2) courtesy of staff; (3) quality of food; and (4) menu variety.

For the past years, McDo has been struggling to keep prices of Dollar Menu down; as well as facing a number of high-profile missteps that included an internal “McResource” memo instructing minimum-wage workers to cut food into smaller pieces to feel fuller on less food. It also contained an advice on health risk of eating fast food. McDonalds should have seen it coming as it has suffered declining sales for six straight quarters. For this year’s survey, it came in last with a 6% in customer satisfaction from last year.

For almost two decades, McDonald’s followed at the end based customer satisfaction in a national patrons survey of a dozen major fast-food chains by the American Customer Satisfaction Index.

Reasons Why McDonald’s is Ranked Last

Claes Fornell, ACSI founder, said that the cause is the price. He explained that when the economy is weak, consumers value the price but when economy improves, quality is more important for restaurant customers.

Another reason noted by Forrest Morgeson, director of research at ACSI, is that McDo’s biggest fans are typically kids, but only adults from ages 18 and up participated in the survey. You will observe that mostly kids insist on going to McDonald’s.

Morgeson added that as your customers get more diverse, it gets more difficult to satisfy them all.

McDonald’s is a 75 years old soul that was founded in 1955; customers perceive that the traditional burger chains as increasingly tired brands. So much fierce competition in the industry and shifting preferences of consumers for healthier foods are taking its toll.

The decline results from consumers who are moving towards younger fast and casual burger chains that typically offers better ingredients, freshness and more developed decor.

8 Things McDonald’s Can do to Save Itself

Serious Foodies in Yahoo Food are food artists, gurus, chefs, bakers, and ice cream makers who harnessed their entrepreneurial spirit, thoughtful sourcing practices and creativity for input on what can be done to save McDonald’s.

Responding to the survey, McDonald’s issued a statement saying that for McDonald’s, customer satisfaction is and will continue to be a top priority. All feedbacks of customers are taken seriously. They have conducted their own internal and third-party research that shows continuing progress in satisfying all customers. Business results will substantiate this. There is much positive results and according to the producers of the ACSI, the costumer satisfaction of McDonald’s is at an all-time high. The company will continue to exert more efforts in offering customers great value, menu variety and a positive service experience every time they visit the restaurants.

Lisa McComb who is McDonald’s spokesperson said that they appreciate listening to customers’ feedbacks as they are helpful in the company’s development and progress.

McDonald’s announced its plans to spend $1.5 billion this year to refurbish its outdated restaurants and install comfortable seats and WiFi.

The American Consumer Satisfaction Index is based on a survey of 70,000 customers across the United States.