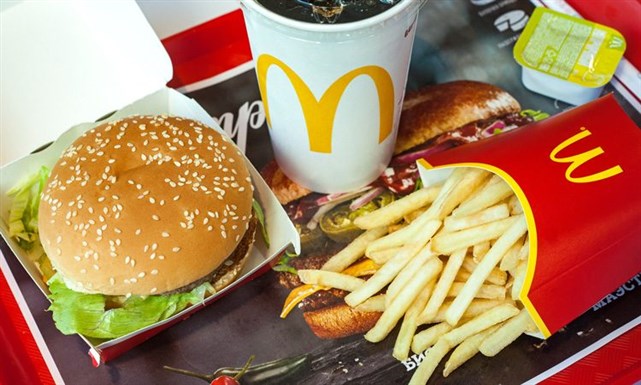 In the McDonald’s earnings call last April 22, CFO Peter Benson addressed the raging breakfast wars among fast food restaurants by saying, with conviction: “We have become America’s favorite place to eat breakfast. And we don’t plan on giving that up.”

Over the last couple of weeks, breakfast wars have raged on, as more and more players have been trying to increase their share in the breakfast market with new products and gimmicks. With the perpetually busy morning rush and undeniable convenience of eating at fast food restaurants, Americans have always loved eating breakfast outside. The demand is clearly there, judging from the size of the breakfast market alone ($50 billion). And while McDonald’s once dominated and even monopolized this market before, that is no longer the case.

Today, the average customer looking for his or her breakfast fix will most likely still think Egg McMuffin, but then there are so many other options available. There are breakfast offerings from Burger King, Carl’s Jr., Dunkin’ Donuts, and even Starbucks. Fast food restaurants are taking breakfast seriously, and it has become a big source of growth in the past few years. Even Taco Bell is becoming a breakfast player, and this is ruffling some of McDonald’s feathers.

When Taco Bell launched its new breakfast menu, it surprised and intrigued a lot of people, given that breakfast was never in the realm of Taco Bell’s business before. After all, who could’ve imagined a ‘waffle taco’ or a ‘breakfast burrito’ before? Certainly not McDonald’s, but it looks like they’re not even worried.

Peter Benson remarked that yes, America is bound to try these items because they’re new and different. If anything, it will open the breakfast market even more, which means more customers and a bigger awareness on breakfast. But at the end of the day, the McDonald’s breakfast is what they’ll come back to. McDonald’s owns the breakfast market, and it will most likely stay this way.

But of course, nobody’s going down (or up) without a fight.

A war is brewing

Last April 13, a 2-week period of McDonald’s offering free coffee was concluded. From March 31 to April 13, customers could go to the nearest McDonald’s, get their breakfast meal of choice, and drink free coffee while they’re at it. McDonald’s coffee is already incredible cheap, even when it’s premium roast, and even more so when you compare it with Starbucks and other places where you can get your caffeine fix from. By offering it for free, regular customers who swing by could decide to get an Egg McMuffin or two, and those who have never tried McDonald’s coffee before now know what it’s about. It’s a win-win.

For its part, Taco Bell has gone all out aggressive. Apart from coming up with so many new items in the menu that were unheard of before and could be seen as a threat, it actually came out with commercials that directly target McDonald’s as a competitor.

In one commercial, ‘Guess Who Loves Taco Bell’s New Breakfast,’ several ordinary Americans are shown to try delectable items in Taco Bell’s new breakfast menu. Not surprisingly, they are all shown to agree that they love the food. But these ordinary Americans are all men, and they all happen to be named Ronald McDonald. “Taco Bell breakfast is here and Ronald McDonald loves it,” the print ads say.

Shortly after that on March 28, McDonald’s turned to social media and posted a photo, showing Ronald McDonald (McDonald’s official brand ambassador/mascot) petting a small dog and with the caption: “Imitation is the sincerest form of flattery.”

But it doesn’t stop with Ronald McDonald. A commercial that was launched on April 7 asks customers this question: “Is your breakfast stuck in the past?” The commercial shows a very old-fashioned man singing to the tune of Old McDonald Had a Farm, saying he has been eating the Egg McMuffin for breakfast since 1984. He then proceeds to try Taco Bell’s Waffle Taco, discovers he has been living in the past, and makes changes in his life, as well as his breakfast choices. “Move on from your old McDonald’s breakfast,” the commercial says at the end.

Again, McDonald’s is not worried.

For McDonald’s the commercial ‘attacking’ the Egg McMuffin only means it’s really the product to beat. It is after all a long steep climb to try and grab McDonald’s share in the breakfast market. McDonald’s is still the world’s biggest fast food chain, and a quarter of its earnings are made on their breakfast alone. And that says a lot, given that breakfast hours are only up to 10:30. They could be reconsidering their hours and extending breakfast offerings beyond 10:30, but there are no confirmations on that yet.