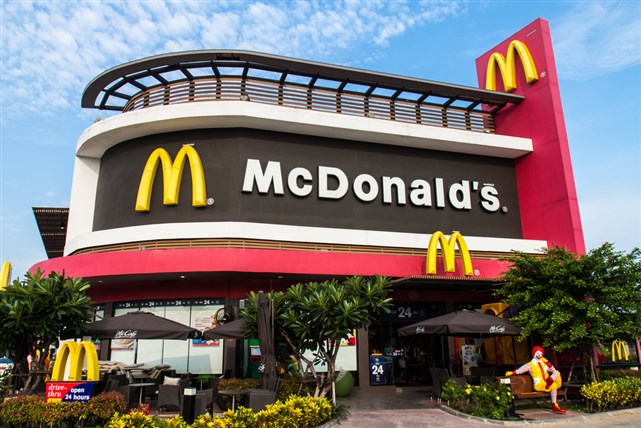 Steve Easterbrook, the latest addition to McDonald’s Corporation’s top corporate circle, asks for no honeymoon period at all.

Aware that he carries big responsibilities as the Chief Operation Officer of the company, he immediately buckled down to work, looking for strategies that will help steer his company away from the major sales slump that started two years ago.

Just a few days ago, for instance, the Illinois-based fast food restaurant announced all day breakfast offers to be tested in a number of branches in San Diego.

And this Wednesday, top company management said that a raise in wages for employees at company owned stores will be in effect soon.

The announcements are major ones for McDonald’s. They are practically giving a message to the public that McDonald’s is under a new and better management.

And with Easterbrook at the helm, previously erected barriers are being tested in an attempt to increase McDonald’s store sales and improve the overall image of the company.

While the fast food chain has been famous in the industry for being conventional in its operations; this time, Easterbrook and his team are clearly on the path to making some risks, as part of a serious effort to impose better changes.

Easterbrook’s actions during the week meant that proposals for changes already submitted in the past but has always been rejected by the company might be laid down the table and resubmitted as well.

Such proposals include real estate spinoffs and more opportunities for refranchising, long shunned by McDonald’s as a way of assuaging investors wary about the company’s future.

McDonald’s all-day breakfast is a good example of a typical offering that the public has long been demanding, but company repeatedly rejected when proposed.

All-day breakfast offer normally ends at 10.30 in the morning.

However, many guests have been clamoring for it to be made available throughout the day.

It is claimed that requests had been done as early as immediately after McDonald’s served the Herb Peterson-created Egg McMuffin breakfast treat for the very first time, way back in 1971.

Executives of the company have long been aware of the demand by customers for its breakfast items later during the day. However, McDonald’s kept on resisting such requests, giving operational issues as its main reason.

Demands are met with strong resistance just last February, when McDonald’s tweets say that its grills are not big enough to accommodate both breakfast and lunch.

To this, followers answered by saying McDonald’s should then have bigger grills.

And so, as soon as McDonald’s announced that it will perform an all-day breakfast test, it resulted in quick and overwhelmingly positive response from customers from all over.

Slate announced, “McDonald’s is finally making the one big menu change that could save its business,” like the two-year-long slump at the largest biggest restaurant in the world is also like a dying business.

As was written by NRN just within the week, people want restaurants to offer breakfast items all day. Specifically, almost 3 out of 4 adults are requesting for it. And breakfast at McDonald’s are some of most delicious offerings.

If things turn out positive after the test and McDonald’s decides to make it operational, its implementation is actually cheap.

A franchisee revealed that all-day breakfast offers will cost nothing to a maximum of $3,000 a unit.

It’s a pittance when compared to the Create Your Taste customization program, which can be worth $100,000 to $150,000 in operational costs.

McDonald’s pay hike has been in effect, although reception was somewhat lukewarm as workers was pushing for more, a $15 an hour wage to be exact.

A positive note is the company’s desire to look into the matter for any possible changes in the future.

The pay hike is not at all that big. But, it is a clear plus factor to the image of McDonalds. The company is obviously showing its willingness to respond positively to demands of his workers for higher pay.

Part of its responsiveness is its decision to grant paid time off to all workers, including those with part-time status.

It is a revelation, FiveThirtyEight.com announced, since only 39% of workers and employees in the bottom 10% of income groups enjoy any form of vacation pay.

So far, these are not just the store’s most recent actions. Currently, it has decided to give a number of regions in the country more autonomy. Its presence now at South by Southwest is considered to be significant.

Likewise, McDonald’s is on its way to making big decisions and actions involving technology.

A highly important move is its focus on the Create Your Taste customization platform, which can lead to a truly massive change in the company’s varied operations.

How any or all of these major efforts will truly work for the better is yet to be seen. But with everything that has been going on and shaking McDonald’s (in a positive way) – it is a clear, solid proof that Easterbrook means business.