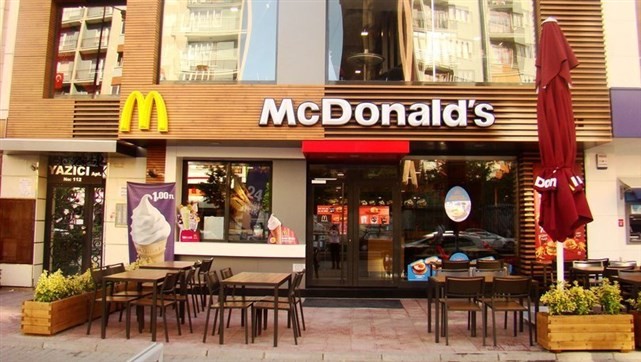 Listening to what your customers want is key to surviving in an industry laden with competition and new gimmicks. Even for a fast food giant like McDonald’s who has ruled the market for years, this is critical.

More than looking at the low numbers and alarming statistics, or even observing that millennials seem to prefer other quick service restaurants, it’s actually worth listening to what millennials have to say. Did their taste just change or are they really becoming more conscious about what they eat? Given that millennials (those aged 18-32 years old) are perhaps the ones who are most likely to spend their money on a McDonald’s meal regularly, paying attention to what they want is of utmost importance.

So what are millennials saying, exactly?

Quality of Food and Service

A recent study by YPulse gives us in-depth insight into the thoughts of these millennials. Around 1,000 respondents between the ages of 18-32 were asked about what would make them eat at McDonald’s, and the results are as varied as they are insightful.

Different respondents sounded off various opinions, and some of them actually still do eat at McDonald’s, contrary to what others might think. McDonald’s has not entirely lost the millennial market, it’s just that if nothing changes, they’re one step away from moving to the restaurant next door. Their biggest demand? Quality.

Quality of food and service is something you expect from every hard-earned dollar you give away. People are not expecting quality as they would find in a fine dining restaurant, but just because fast food is relatively cheap doesn’t mean quality should be unacceptable.

More and more, millennials are demanding more value for their buck. Some are even saying that for the same price, they can get better quality food at other options like Chipotle. It’s not just the quality even, it’s the amount of food you actually get. If you can get more food from your dollar in Chipotle than you would at McDonald’s, where would you eat?

2. ARTIFICIAL IS A BIG NO

Another issue revealed by the responses is that millennials actually care (A LOT!) about what’s in the food that they eat. Gone are the days of mindless munching without finding out where the food comes from. This trend is something that everyone in the food industry has responded to, as you can see in the visibility of labels and nutritional value. But McDonald’s has to step up its game.

A 27-year old female from Ohio says, “If they offered better quality food. Their food is so chemical laden and nothing close tow what I would make at home. It is too high in calories and bad fats to eat even once per day let alone multiple times a week. Way too processed.”

The demand for food that’s not processed doesn’t really mean they’re expecting a home-cooked meal, but millennials are just saying that nothing seems fresh – from the frozen patty to the processed bread and even to the potatoes. Based on the survey, millennials are convinced that if only McDonald’s went for locally sourced and real ingredients with no antibiotics, no pesticides, and no GMOs would do wonders to the quality of food that they serve.

Don’t get them started on the calories. It’s a given that when you eat at a fast food restaurant, you usually get fried food. That alone puts it up a notch higher in the calorie game. However, picking better ingredients can significantly lower calorie count.

Some also pointed out that while McDonald’s offers a few ‘healthier’ options in the menu, these items very rarely feel like they are indeed healthier. A 31-year old male from Wisconsin remarked, “Every time I eat there I feel like my heart is slowing down.” The same respondent said he would probably eat at McDonald’s more often “If they had some edible looking salads that weren’t terribly expensive.”

Spicing Up the Variety

Amping up the quality of their offerings is perhaps McDonald’s biggest concern, but variety is something else they should pay close attention to. Very simply, people are not just settling for the usual boring burger anymore. In fact, a lot of millennials are sick of it and just want some variety in their food choices.

This is perhaps where the McDonald’s and Chipotle comparisons are rooted. An American cheeseburger is of course still classic, but if it’s the same old burger from decades ago, you have hordes of customers who would rather spice up their meals with a burrito. Of course we know where they can get that, and it’s not in McDonald’s.

The point is not for McDonald’s to sell burritos instead of burgers, but to give their customers a lot more options when it comes to the food. After all, this is the market that’s adventurous enough to try new things.