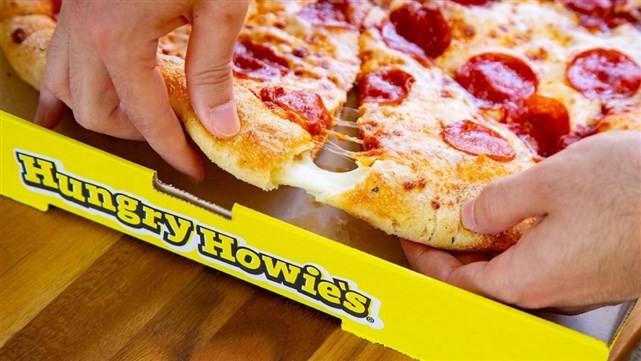 Hungry Howie’s is business that shouldn’t have succeeded due to the over-saturated state of the market. Back when it opened there were just too many pizza shops already flooding the market and some of them are still around to this day.

But Hungry Howie’s was resilient and its focus on top of the line food mixed with smart franchising and marketing tactics has ensured it not only survived the turmoil but also emerge as one of the best. Now it was even recognized as one of the most popular food chains in the entire country.

Looking Back at How Hungry Howie’s Started

Hungry Howie’s was a concept by Jim Hearn back in 1973. He had just bought an old hamburger joint in Taylor, Michigan and decided that his concept would become successful so he altered it into the very first Hungry Howie’s location.

It was a carry-out and delivery joint which at the time was a fairly new concept. His friend Steve Jackson was the person responsible for deliveries. Their partnership would grow until they would both become the spearheads leading the company into the future.

By 1982 the duo decided to start franchising the business. The very first franchise location opened its doors in January of the next year. In just a few months several more followed suit and then more came after that.

And just like that, the business exploded into popularity. The original location was already a favorite among students but when the franchising opportunity opened there were now over 60 locations in just three years.

By the end of the 1980s there were well over 160 franchises in operation. For most businesses, that would be enough but not for Hungry Howie’s: they continued on and eventually opened their 300th location by the time 1995 rolled out. In 2005 they opened their 500th location and it doesn’t look like they have plans of slowing down from there.

Hungry Howie’s focuses on tight control over its ingredients and its market, which is why it opened its very first distributing company, Hungry Howie’s Distributing Inc., in 1986. This was followed by a commissary in Florida the very next year.

The Howie Maui is also a popular choice because of its blend of traditional pizza flavors with pineapple and mozzarella cheese. If you don’t like pineapples on your pizza then the Howie Special is a great alternative.

Another popular choice is the Gluten-Free pizza. It has absolutely no rye, no wheat, and no barley and it has as less gluten as possible. This is a great alternative for people who want a healthier choice when it comes to their pizza.

Pizza isn’t the only thing available at Hungry Howie’s though; they also sell a wide variety of salads such as Chicken Caesar Salads, Chicken Asiago, and Antipasto Salads among others.

Hungry Howie’s is not just a franchise about food and drinks. It also offers fundraising opportunities. All you have to do is register and then sell certificates to customers. These certificates can be used by the people to redeem a pizza. A large portion of the sales will go to your foundation.

The company also offers support for several charity groups. It has been an active partner of the National Breast Cancer Foundation, the Leukemia & Lymphoma Society, and Common Ground. While Hungry Howie’s does not offer support to every charity group that exists, it does take requests very seriously and any group with a cause may put in their request for assistance.

Since 2014, there are now 600 locations operating in the country. The original location in Taylor, Michigan is actually still open and has been renovated through the years to reflect the changing face of the company.

The Best Pizza in Town

Hungry Howie’s has defied the odds: where other companies have focused on fine dining or instant frozen pizza to go, Hungry Howie’s walks a fine line in between as it concentrates on good food and fresh ingredients for tasty results. Its pizza is recognizable anywhere you go in the country and for all the good reasons too.

If you had to pick one pizza joint that could stand on its own despite the changing economy it would be Hungry Howie’s. It’s focus on perfect customer service and perfect quality pizzas has guaranteed its spot among the top pizza businesses in the world today.