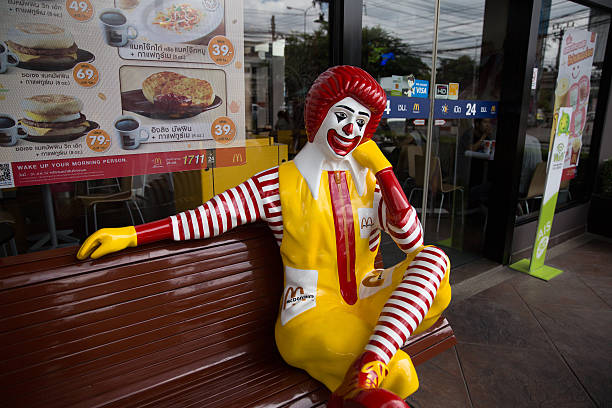 This just in: Forget everything you know about McDonald’s beloved brand ambassador (yes, probably America’s favorite redhead), because he just got a makeover. Ronald McDonald is probably as iconic and as memorable as the golden arches that have taken the fast food world by storm, and unless you live under a rock, he is one of those instantly recognizable faces. Picture the red, the white, the yellow and the stripes. You cannot not know who Ronald McDonald is, and this attests to the amazing equity of the McDonald’s brand, one that other fast food chains could only dream of.

Very recently though, McDonald’s has come out with a statement that they are giving Ronald a makeover, to make him relevant to the times. Basically, this makeover means Ronald will be wearing a new wardrobe – except perhaps his big red shoes, which is too iconic to change. Ronald McDonald will now be sporting yellow cargo pants, a vest, a rugby shirt with red and white stripes, as well as a “whimsical new red blazer” that’s reserved for special occasions.

These new clothes, designed by Tony-award winning theatrical designer Ann Hould-Ward, are meant to make Ronald McDonald more modern and more relevant to the changing market. After all, it was in the 1960s when he first appeared, and that is arguably a LONG time ago.

McDonald’s taking the world by storm

McDonald’s was first established in San Bernardino, California, way back in 1940. It began as a barbecue restaurant operated by Richard and Maurice McDonald. In 1948, McDonald’s evolved into a hamburger stand. In 1955, Ray Kroc joined McDonald’s as a franchise agent, eventually buying the chain from the original owners. Ray Kroc has overseen the growth of McDonald’s through the years, and today it has grown into the world’s largest and most popular fast food chain, serving 68 MILLION customers daily in over 119 countries.

It’s amazing what McDonald’s has accomplished. When you come to think of it, no matter what part of the world you’re in, as soon as you see those golden arches, you know you can expect the same quick service meals and delicious food.

When you step inside a McDonald’s store, you can expect a wonderful selection of hamburgers and cheeseburgers, as well as the usual French fries, chicken nuggets, milk shakes, desserts, and others. There’s something for everyone inside McDonald’s, and because they also keep innovating their menu to suit to varying tastes, they have really experienced exponential growth through the years.

McDonald’s has taken the world by storm, and it is one of the most recognizable brands out there. This includes Ronald McDonald, whose image has been etched into the memories of many who have known and loved McDonald’s through these years. The revamp in the wardrobe is only another step in making McDonald’s relevant and bringing it closer to the times.

Parallel to this wardrobe makeover is the revamp that will also be seen in McDonald’s restaurants everywhere. Some will be newly-built and some will be remodeled, but basically, the interiors of the restaurants you know so well will undergo many changes over the next several years.

In-store graphics and furniture, as well as other design elements will be revamped to feature the new Ronald McDonald. Same goes for the TV ads and other promotional materials.

Adapting to the age of social media

Getting rid of Ronald McDonald’s dated jumpsuit is not the only thing this makeover is about. Part of being more relevant to the youth of today is also being present in social media, the youth’s playground. So imagine Ronald taking selfies and being present in Twitter, as well as being very active in various social media channels all around the world. By engaging customers in this way, McDonald’s can talk to an entirely different audience and connect with them directly. Of course, this is really just adapting to the age of social media, which is reinventing the game of marketing across industries.

By modernizing McDonald’s brand ambassador and making him more relevant, this is also communicating that they are doing the exact same thing to the brand image. The new Ronald McDonald is more fun, more engaging and more inspiring. And he has a mission: to communicate the idea that “fun makes great things happen.” This means that fun moments and experiences actually help bring out life’s simplest pleasures and in turn can lead to acts of goodness and greatness.

Armed with his new image and using social media as a channel, this mission is something that Ronald McDonald can accomplish easier. As he says, “Selfies …here I come! It’s a big world and now, wherever I go and whatever I do…I’m ready to show how fun can make great things happen.”