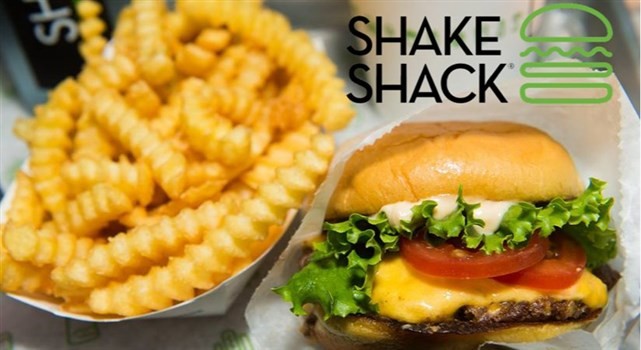 Shake Shack Menu With Price – Shake Shack was just another Madison Square Park food cart in 2000 that eventually became a stand within the park’s vicinity until it became the hip and cool fast casual restaurant it is today. From just selling hamburgers New York style, the menu has since expanded to include hotdogs, fries, and the milkshakes which bear the Shake Shack name.

The eponymous product, in fact, has made Shake Shack famous and has been reviewed consistently as one of the best in the fast food industry. Shake Shack’s Fudge-eddaboutit – made with cinnamon fudge sauce, chocolate custard, and chocolate bar pieces exclusively made by the Mast Brothers for the restaurant – has been in the top ten of every list compiled by food magazines, newspaper lifestyle columns, cooking shows, and gourmet chefs.

The company has added bottled beers and wines to their beverage menu which is customized locally to the flavors which the residents prefer. Meanwhile, Shake Shack burgers continue to make raves and have found their way to locations in neighboring New Jersey, Pennsylvania, Connecticut, Washington, D.C., Massachusetts, and Florida. Shake Shack is also now in the United Kingdom, Turkey, the Middle East, and Russia. Not bad for an erstwhile food cart, huh?

Shake Shack uses all-natural 100% Angus beef, without the antibiotics or hormones that some beef have, freshly ground everyday. Unless requested, the burgers are all cooked medium and served with pickle or onion, lettuce, and tomato. Here’s the rest of their burger line:

Hamburger: Single or Double, served with tomato, lettuce, and onion or a pickle and your choice of cheese or applewood-smoked bacon if you want extras.

Shack Stack®: a combination of cheeseburger and a ‘Shroom Burger with tomato, lettuce, and ShackSauce.

Unforgettable: the Hotdog that MADE Shake Shack

Let’s not forget that Shake Shack started out as a simple food cart selling hot dogs. Shake Shack may have moved on to “rounder” things but the hot dogs are still unbeatable with no nitrites, hormones, nitrates or antibiotics. Split and then griddled to crisp perfection is how you have these hotdogs with unparalleled taste…ever:

Chicken Dog: this has the mouthwatering apple and sage sausage made just for Shack Shake and Shake Shack’s delicious chicken meat.

Shake Shack’s has regular crunchy and crispy fries and the all-time favorite Cheese Fries smothered with a special combination of American and cheddar cheeses.

Banana Post Rd.: all the characteristics of a scrumptious winner with bananas, cocoa nibs caramelized to perfection, chocolate custard and a dash of sea salt.

The Urban LumberShack: this one has bananas, The Redhead’s bacon peanut brittle, and Belgian waffles.

Shake Shack was, literally, born in Madison Park, that’s why it’s not really a surprise that they would be the only fast food restaurant that will go the whole nine yards for your four-legged furry friends. Here are a couple of Shake Shack’s canine treats:

Pooch-ini®: made of vanilla custard, peanut butter sauce, and ShackBurger dog biscuits, this treat is intended for medium- to large-sized dogs.

Bag O’ Bones: made exclusively for Shake Shack by Bocce’s Bakery of NYC.

What really sets Shake Shack apart from all the other restaurants is their dog menu! We kid you not, this is available at all Shake Shack locations except international outposts, ballparks, airports, and stadiums.

Only From New York City

Brooklyn Brewery and Shack Shake collaborated in the creation of the ShackMeister® Ale, a stellar beer that has a fragrant citrus aroma, with a malt flavor that tastes like fresh bread, and just a slight of bitterness that proves it’s genuine ale.

And because it’s only in New York that a fast food restaurant meal becomes chic because wine is served with it, enjoy a glass or two of Napa Valley’s Frog’s Leap Shack wines. Blended from grapes that are organically grown, these wines were made exclusively for Shake Shack’s menu.