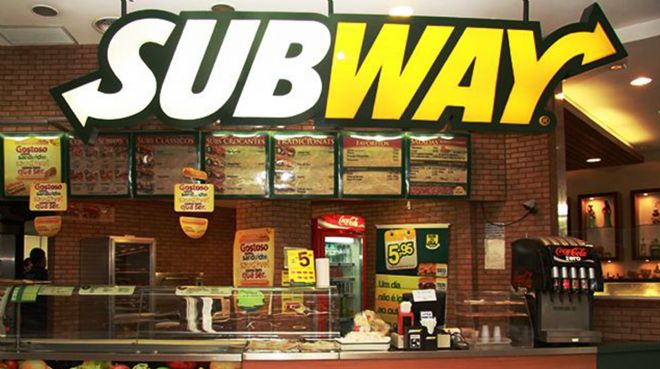 The sun may rise. The sun may set. But, the sun will set on a Subway logo. There is no doubt that Subway is the world’s largest fast food chain with more 43,000 stores that are serving healthy subs in 110 countries. And, do you know what Subway has been busy with? Making their subs even healthier and still trying to cover more earth space.

Subway is set to hitting its target of 2,500 additional stores for 2015. News from the Milford headquarters is that the company likes to take advantage of their versatility in space requirements to seek potential sites that can house a Subway store regardless of size and layout.

According to John Devine, director of Subway real estate, large spaces are always ideal especially the ones that accommodate a drive-thru but, they are always considering the small store concept which represents 25% of their stores which are conveniently located in c-stores, universities, hospitals and sports arenas.

Chris Kan, training and business promotion specialist for Subway real estate, says that the main advantage of Subway over their competitors is that the Subway concept is so flexible that it allows stores to come in various shapes and sizes and that accounts for the massive 53 million square feet of Subway property that is scattered in more than 110 countries in the world.

This massive expansion campaign includes all territories and one of the most promising growth areas is China. There’s more to China now than just dumplings and noodles. In fact, if you happen to visit the Great Wall in Beijing, the biggest restaurant at the tourists’ entrance, where the cable cars are located, is a Subway store which is only one of the 900 stores that they are planning to put up by the end of 2015.

With so many Subway stores located in major cities of the world, it is high time Subway tries to explore new markets. While the company concerns itself with selling more subs, it also focus in making the Subway business venture profitable. Subway can’t have too many stores operating too close to one another because they will eat up each other’s market. With more than 43,000 locations, the free capitalist world is getting smaller and smaller for the fast food giant. This is why Subway is focusing on China and they should also include Middle East as another possible growth area.

And along with their expansion plans, Subway is focused in making their food healthier. Subway has joined the band wagon in the fast food companies’ movement towards eliminating artificial flavors in their list of ingredients. However, according to Elizabeth Stewart, director of corporate social responsibility for Subway, this move will be a little harder for Subway because of their size and scope. At the moment Subway research and development is working overtime to figure out which ingredients can go immediately and which ones would require more time. A realistic target for total removal of all artificial flavors and preservatives for Subway’s North American stores is 2017.

It is very important for Subway to be very cautious and gradual about the changes they are going to make because being the healthier alternative among the fast food chains, they have to make sure that their food will still be good enough to eat. The main objecting is to make the healthy changes without sacrificing taste so that people will still prefer to eat the Subway subs. What’s the point of making a healthier sub when nobody is eating them anymore?

With a purchase of any sub on July 1, an SAF personnel can get two cookies or a bag of chips plus 22-ounce drink free of charge. All he needs to do is visit any Subway store wearing his uniform or flash his military ID.

Subway remains to be the largest fast food chain because they never miss out on opportunities to give back to the people that have placed them at the top of the ranks. With continued efforts on expansion, product development and personal involvement to community affairs and issues, Subway will remain to be number one in the hearts of millions.