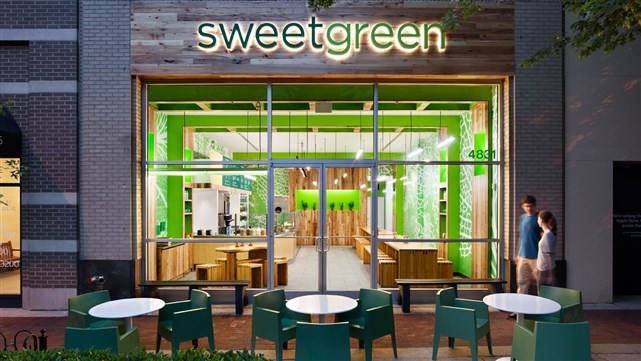 Sweetgreen Menu With Prices – The Sweetgreen menu features a wide variety in salad menu which includes Garden cobb, Super garden goddess and Buffalo chicken salad. On the warm bowls menu, they have a Crispy rice bowl, Fish taco, Shroomami and Chicken pesto parm. Inside the menu, they have Cashew pesto sweet potatoes and Rosemary focaccia.

Sweetgreen is a privately held American fast-casual restaurant in the United States. They offer salads, warm bowls, plates, sides, beverages and much more in their menu. Sweetgreen is famous for its Guacamole greens salad worldwide and has a specialization in healthy lunch and dinner in their restaurants.

Sweetgreen is a restaurant that is based in the United States of America. This restaurant offers salads, bowls, plates, sides, beverages and many more items. Sweetgreen has a specialization in healthy lunch and dinner in their restaurants. In their restaurants, they have both deliveries as well as takeaway services.

Sweetgreen is a fast food restaurant chain that came into existence in 2007. It was founded by Nicolas Jammet, Nathaniel Ru and Jonathan Neman. Sweetgreen has 122 restaurant locations in the United States.

The restaurants are found in California, Colorado, Connecticut, Illinois, Florida, Massachusetts, Maryland, New Jersey and The District of Columbia which include around 105 company-operated restaurants and 17 franchised restaurants (as of May 2019).

The first location opened in Georgetown, Washington D.C., with a second location opening soon after. In 2010 the company began opening locations in New York City and Boston.

This expansion continued until 2013 when Sweetgreen had expanded to 68 locations across six markets: Washington D.C., New York City, Boston, Philadelphia, Baltimore/Md/Dc area and Chicago. In 2014 Sweetgreen was named one of the fastest growing franchises by Entrepreneur Magazine.

Sweetgreen is a privately-owned salad company that serves healthy food, including wraps, soups, grain bowls and salads. Sweetgreen opened its first location in 2007 in Washington D.C.