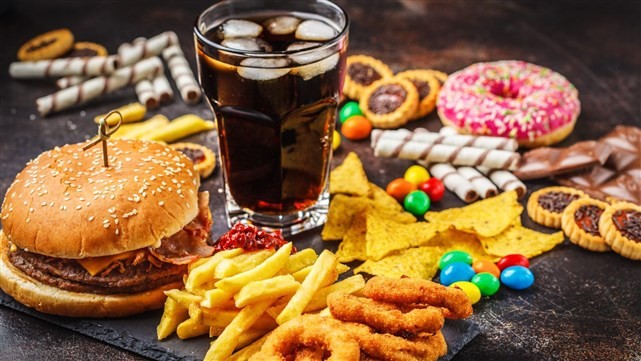 If there’s one thing that’s true about our country today, it’s the fact that you won’t run out of fast food dining choices anywhere. There are so many fast food restaurants all over the United States, and this industry is still growing.

Americans are spending $680 billion annually in recent years to dine out. This has led to the emergence of more key players in the fast food industry. Some small chains have emerged as winners based on taste, while surprisingly, some international chains have suffered some bad rap due to the low quality taste of their food.

Well, if you’re in the mood to try the best tasting fast foods in the country, here’s the result from Consumer Reports, after ranking 65 fast food chains based on taste. These are divided into 4 categories: burgers, sandwiches, chicken and burrito.

#1: The Habit Burger Grill – Their 100% fresh char-grilled burgers won in the taste category. It’s hands down the most flavorful and freshest burger in the nation. They scored an 8.1 out of 10.

#2: In-N-Out Burger – They set the bar for taste. For fast food, this one certainly takes the cake. Anyone who’s ever tried their burgers will always come back. Oh and make sure to order their milkshake too. They scored an 8.0 out of 10.

Smashburger – A lot of people compliment them for their spectacular burger. It’s a small chain of restaurants but it’s rapidly growing because of their great tasting burgers.
Both scored 7.9 out of 10.

#5: Culver’s – When you say Culver’s what comes to mind are its ButterBurgers, which have always been a favorite for years. They scored a 7.7 out of 10.

#1: Portillo’s Hot Dogs – These guys serve the best Italian beef sandwich. They’re very tasty. In fact, all their sandwiches and dogs are tasty! They scored an 8.5 out of 10.

#2: It’s a tie between Firehouse Subs and Schlotzsky’s

Firehouse Subs – They serve hot subs made with premium cheeses and meats, and steamed to utter perfection.

#3: It’s a tie between Jason’s Deli and McAlister’s Deli

Jason’s Deli – They serve healthy and delicious sandwiches such as their New Yorker, which we really recommend.

McAlister’s Deli – This is the place to go for a hearty meal. You must try their roast beef and cheddar sandwich.

#1: Chick-fil-A – This fastfood chain has always been known for their quality food. The serve boneless chicken breast seasoned to perfection, pressure cooked in peanut oil and served on a buttered bun. That’s what heaven tastes like, my friend. They scored an 8.1 out of 10.

#2: It’s a triple tie between these fast food restaurants:

#3: Bojangles Famous Chicken n’ Biscuits – While they’re more popular for their biscuits, their chicken is just as great. Their food is also very cheap!

#4: It’s a tie between Zaxby’s and Church’s Chicken

Zaxby’s – The Chicken Finger Plate is a must try!

#1: Chipotle Mexican Grill – Chipotle serves the best Mexican fastfood on US soil. Their burritos are second to none and if you’re craving for one right now, make sure you go to this restaurant. They scored a 7.8 out of 10.

#2: Rubio’s Fresh Mexican Grill – While they are better known for their fish tacos, Rubio’s is definitely a contender when it comes to burritos. Make sure to try their Mesquite grilled shrimp burrito! They scored a 7.7 out of 10.

Qdoba Mexican Grill – Here you can build your own burrito with a choice of beef, chicken, steak, vegetable, queso or bean. But make sure to try their BBQ burrito, which is sweet, spicy and absolutely delicious.

#4: Moe’s Southwest Grill – The Home Wrecker Streaker Chicken Burrito is a must try and it’s cheap too. They scored a 7.4 out of 10.

#5: Taco John’s – Their burritos made from soft flour tortilla filled to the brim with bacon/sausage, golden Potato Oles, nacho cheese and eggs is still one of the tastiest! They scored a 7.2 out of 10.

So there you have it folks. While we don’t recommend that you eat in fast food restaurants everyday, you should at least try the places on this list if you want to get a taste of some real tasty fast foods!