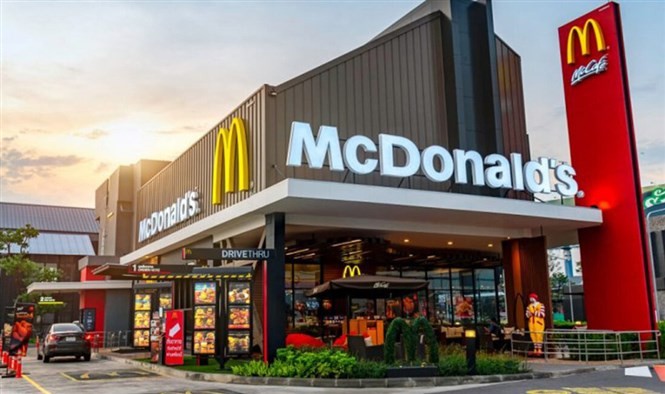 Not all McDonald’s restaurants are made the same. Although there are some commonalities – red and yellow colors, plastic tables, ball pits for kids, beige floors, cutouts of Ronald McDonald – each McDonald’s location has innovated on its interior design without straying too far from those commonalities.

In New Zealand, for instance, McDonald’s may present itself as an incorporated decommissioned airliner décor while in Tokyo, McDonald’s comes on with a totally minimalist showcase of nothing but the Quarter Pounder.

Taupo, New Zealand: as mentioned, here you will find a DC3 airplane as a conspicuous part of the restaurant’s overall look. You can sit inside the DC3 and view its cockpit, all for an enjoyable dining experience.

County Wicklow, Ireland: nestled in a grandiose edifice in built in the architectural style during the reign of the Tudors, McDonald’s here is housed in a structure located in Bray Town Hall complete with huge gates made of wrought iron.

New Hyde Park, New York: this is another mansion that houses a McDonald’s restaurant that dates all the way to 1795. New Hyde Park residents opposed the tearing down of this landmark residence, resulting in McDonald’s having the most elegant eating establishment this side of the Eastern seaboard with a grand staircase and a seating area with glassed-in veranda.

Rome, Italy: you enter this McDonald’s through a chocolate shop – Perugina Baci – to get inside. Made of mosaic and marble, the fanciest of McDonald’s stores to date, it’s situated next to the famous Spanish Steps with a salad bar that’s unusually large and has rare food items for a McDonald’s restaurant: pastries.

Sydney, Australia: modern architecture disguises McDonald’s in Sydney as a hamburger joint. Auspiciously situated on George Street, McDonald’s here has exterior made of steel and glass with lounge furniture, color themes in pink, white, orange, and black, as well as graphic wall artwork.

Ulsan, South Korea: this McDonald’s might be relatively smaller than its international siblings – more of a drive thru-cum-gas station – but its wing-like huge covering over the establishment remains a most unusual sight as it did when a photo of it was first posted on a blog in 2010.

Rosewll, New Mexico: how did you expect McDonald’s to look like in a location that is popularly known for UFO sightings? McDonald’s here has an exterior shaped like a UFO with fluorescent lights that brighten up come sun down and Ronald McDonalds in flying rockets congregated in the playroom.

Porto, Portugal: McDonald’s here is the former Café Imperial, a national monument among the Portuguese, that retained some original features such as its windows of stained glass, hanging chandeliers, and logo complimented by a regal-looking McDonald’s signage.

Holborn, UK: less is more at this McDonald’s with its contemporary interiors done by Frenchman Philippe Avanzi, commissioned by McDonald’s to do its European stores. Acanzi did just that by distinctly combining high-end materials like English timber and leather in chairs by Danish furniture designer Arne Jacobsen.

Budapest, Hungary: McDonald’s here is an abandoned, old train station, less interesting than it is exciting, with antique lighting fixtures, a colonial blue-painted ceiling, and oversized windows, with images and imagined sound of a train gliding past the Hungarian countryside and the train engine whistling.

Savannah, Georgia: the birthplace of Coca-Cola also has a McDonald’s with bike racks, super large windows that enable daylight to reach across up to 75% of the restaurant’s interior, waterless urinals, a cistern for rainwater, preferred parking spaces for those with hybrid cars, and a white roof for heat reflection.

New York City, New York: McDonald’s fits right in with all of the business establishments squeezed in Canal Street yet you won’t miss it because of its cast iron material for the dark building’s frame construction. McDonald’s in the Big Apple is a hub for famished shoppers from all over TriBeCa.