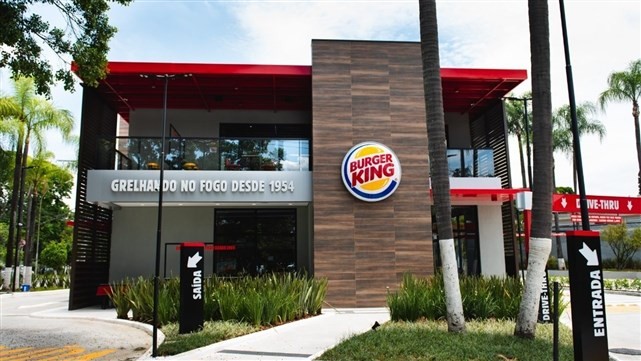 Recent numbers published by Burger King tell us that the burger wars these days are no longer about who can offer the best-tasting burger in their menu.

It’s less about which burger tastes better and more about who’s actually generating sales growth, stripped of all the gimmicks and ads that people see. At the end of the day, which burger chain is generating actual growth and placing smiles in their investors’ faces?

If you look at the sales numbers, Burger King is growing at an impressive rate, with same-store sales soaring to nearly 7% during the second quarter. These numbers are far from what you would see in a McDonald’s financial report, and this suggests that if McDonald’s doesn’t do anything about it soon, Burger King’s numbers could continue to rise while McDonald’s could remain stagnant, or worse, totally plummet. In fact, the sales of McDonald’s decreased 2% last quarter.

Innovation is the Name of the Game

One look at Burger King’s menu suggests that maybe the answer to its sales growth is there. Central to its menu are the flame-grilled burgers, but you’d also notice other offerings that are unique to the fast food chain. Take for instance chicken fries.

Chicken fries is basically strips of coated chicken shaped like fries, deep fried like fries, and dipped in the sauce of your choice, much like fries. Looking at it, it doesn’t seem like such a genius concept and it’s hardly a groundbreaking innovation. But what offering chicken fries does is it excites people, keeps them interested, and keeps them going back for more. It also shows us that Burger King is seriously thinking about how to innovate their menu.

Even when you look at the history of chicken fries, you would really say that people just keep coming back for it. It was first introduced in the market in 2005 but removed back in 2012. Due to popular demand, Burger King brought it back to their menu, first as a temporary summer offering and then as a permanent addition. Clearly, people like their chicken fries.

Looking at how popular chicken fries are in a fast food restaurant that mainly sells burgers (and is named Burger King) gives us an idea that people are craving for variety and not just the burgers they’re used to. To ride on the popularity of this item, they now even offer the Fiery Chicken Fries, for those who prefer it hot and spicy.

And it’s not just about Chicken Fries, either. Examine Burger King’s menu and you’ll find unique items like an extra long pulled-pork sandwich, a Veggie burger, an extra long Jalapeno cheeseburger, and even a Red Velvet Oreo shake. When it comes to innovation and offering customers something new to look forward to, Burger King has it covered.

Getting Ahead of the Pack

To be fair to McDonald’s, it’s not as if they haven’t tried anything new. In recent times, they’ve tried offering artisan grilled chicken sandwiches and even sirloin patties to change things up. However, these new additions haven’t really been enough to up the ante. McDonald’s is still bigger in terms of domestic and international size with the number of stores alone, but if you look at sales growth figures, they have to do a little more to get ahead of the pack and retain their fast food giant status. Otherwise, the golden arches could be in deep, deep trouble.

Product innovation is of course easier said than done, because it’s not as simple as introducing something new to the market. Even the Chicken Fries isn’t that new, and for Burger King it was simply a matter of listening to what the customers wanted and putting back a well-loved old favorite to the menu.

In fact, you could see that one innovation strategy for Burger King is to actually simplify their menu and focus on fewer products that bring in more impact. They asked themselves what the customers really wanted, and then chose to focus on that. With this focus came more efficient operations, which meant better service and even better value for money.

The Price is Right

Aside from simplifying the menu and operations, you can really see that Burger King has paid attention to the most basic and perhaps most significant element of your Marketing mix: Price. People are looking for value for money, even if it’s fast food. The bottom line is that Burger King has more promotions and offers better rates than what you’d find at McDonald’s.

For any cash-strapped American trying to find ways to save, this is significant. After all, if you get the same (or even better) value of food with more variety and at a lower price, wouldn’t you go for it?