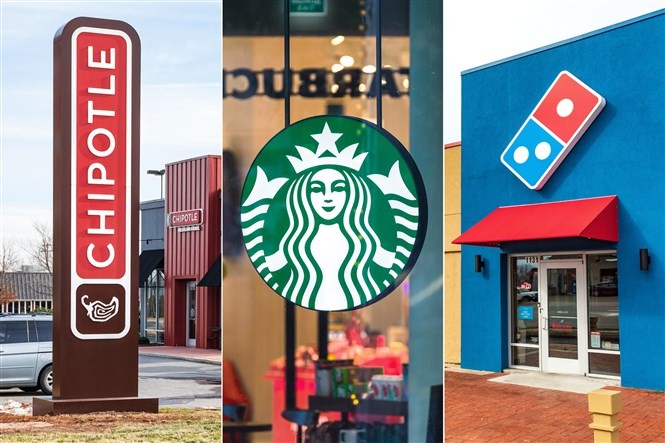 Due to the recession, many of us have to take on second or even third jobs to make ends meet. This means longer work hours and more stress. However, there are certain ways to make money without having to sacrifice your leisure time. Investing your money in worthwhile stocks can make you significantly richer. Even so, the best thing to do would be to understand the laws of supply and demand, and how they can affect market trends.

Everyone needs to eat, at least three times a day, to be exact. Food is a commodity that can promise you high returns and risks as well. Therefore, if you plan to invest in shares of one of your favorite brands, you would do well to understand how fickle the market can be to food aficionados. Thus, you should opt for a company that understands that marketing is not like it was back in the good old days.

The food industry is booming, with so many new establishments opening here and there. However, while there are companies that are doing well, some remain stagnant, and may not be good investments. Shockingly, price drops have nothing to do with their increase in popularity and customer traffic. Many of the rising stars in the food industry have been charging more yet are gaining astounding customer traffic, take Chipotle and Starbucks for instance.

Chipotle’s store sales have increased by a whopping 17% and Starbucks isn’t doing so bad either with a more than respectable 6%. These food giants were able to raise their sales without having to lower their prices. While McDonald’s on the other hand reported that they had the usual sales, even though they did not increase the prices on their menu.

In the past, the best way to increase your sales were simple. You could either lower your prices or promise customers that you would keep your offerings at the same reasonable rates. However, the astounding sales results of both Chipotle and Starbucks prove that you can raise your prices without losing customers. This might cause many financial analysts to gasp in shock, but if you were to look at it from a customer’s point of view, you would have a clear answer as to why this is possible.

Chipotle is a Mexican-inspired fast food establishment that serves large servings of crowd favorites like burritos, and is a great family destination for affordable meals. Due to the recent shortage in high-quality beef, Chipotle had to import their beef from Australia. Since that meant higher shipping and handling costs, they had to increase the prices of all their beef products. In an effort to off-set higher costs caused by the shortage, Chipotle (CMG) had to increase the cost of some of the items on their menu. Thus, prices went up as much as an average of 6.5% by July 21. However, despite the increase in prices, their customers remained loyal to their favorite fast food chain. Chipotle witnessed an increase of customer traffic despite the prices and their net income growth became 24.1% on a year-over-year basis.

Starbucks went through a slight financial hiccup in the quarter because their management team failed to avail of lower coffee prices using hedges. Please note that the management claims that 60% of the coffee for 2015 had been hedged. However, Starbucks had to raise their coffee prices by charging $.05 to .20 more for their premium brewed coffee. But just like Chipotle, they did not go through any negative setbacks, as customers accepted the change. In fact, they can attest to an increase in customer traffic. The increase in their prices led to 200 base points of operating margin expansion. Their year-over-year growth in net income is a shocking 25% as well.

Where Did McDonald’s Go Wrong?

Please note that McDonald’s also went through the same problem as Chipotle. They reported food inflation of ~3%. However, they made sure that the higher food costs were not felt by the customers and this caused their margins to contract 60 basis points. Despite their aim to keep their prices almost unchanged, the company reported that they experienced negative growth in guest counts and their net income decreased to 1% for the year-over-year basis this quarter.

If you were to look at it from a broker’s standpoint, you would wonder why McDonald’s could not catch up with Chipotle or Starbucks. They were even gracious enough to keep their prices from changing. Why were they unable to increase their net income? There are two possibilities. Firstly, they might have sacrificed quality to keep the prices the same. Secondly, people might not be as interested in their food, owing to many fresh and new fast food joints. It’s safe to say that McDonald’s might be on the road to decline.