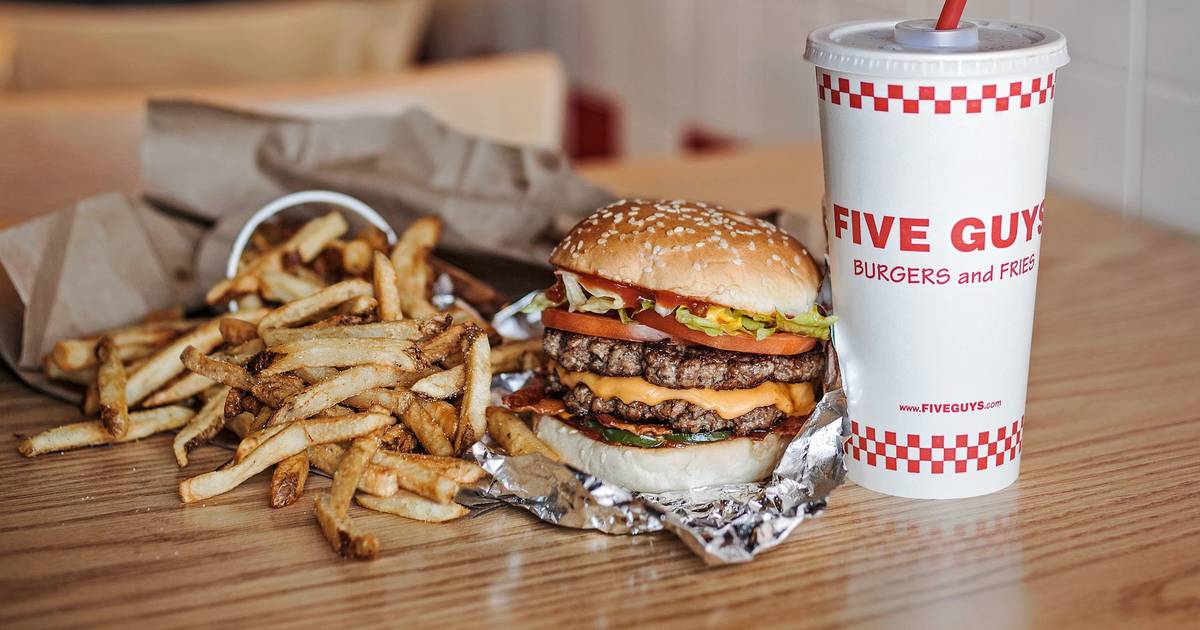 Fast food is one of the United States’ largest global exports. McDonald’s alone has around 25,000 stores outside of the country and that’s just a brand. Hence, it is not surprising that you will find many other American fast food chains in Germany as it is natural for them to expand their business elsewhere.

If you’re not entirely familiar with the other fast food players from the States but are curious to learn more about them, don’t worry as this is easy to do. One thing about these restaurant chains is that they like to differ from each other even though they have the same offerings.

As the largest American fast food chain in the world, McDonald’s may not even need an introduction to many Germans. However, this is not necessarily the case with other brands.

The two we’re going to highlight in this brief roundup are Burger King and Five Guys. Like McDonald’s, these two chains offer burgers and fries, but they also have a few different qualities that give them a different appeal. So, if you’re looking for an alternative to McDonald’s but aren’t sure where to go, read on.

When it comes to fast food hamburgers, the standard is for patties to be cooked on a flat grill. Unlike the barbecue grills that some people have at home, these are flat and have no gaps so the grilled food they cook won’t have charring. This is done for efficiency reasons, but the taste is just different.

This is what sets Burger King apart as they don’t do the same thing. They use a broiler grill so they promise more juicy and slightly charred patties. It has a different texture, quality, and flavor and that is definitely safe to say.

Despite being considered McDonald’s most direct competitor, Burger King has managed to maintain its own identity over the years. Sure, it’s another US fast food giant selling burgers, fries, and fried chicken, but it’s completely different from its rival.

For most people, Burger King is a bit more upscale than McDonald’s and many other fast food chains in the burger and fries segment. Although Burger King is the competitor of the largest brand that appeals to almost every market, it has managed to maintain an image that is one step ahead of their competitors.

That distinction also makes Burger King a better choice for some people. When you need a quick response to your hunger but still want some quality, Burger King is a great choice. It may still be a fast food place, but it offers good quality and delicious food.

The fact that Burger King adapts to the vegetable trend very quickly also contributes to this. While the rival was the first to announce a vegan burger in Germany in 2019, Burger King followed suit. Not only did they announce their plant-based whopper, but they followed suit with more meatless options.

They also went a step further when they announced the opening of the world’s first meat-free Burger King store in Cologne. This campaign was received with great enthusiasm by customers – old and new. There were long lines on opening day, which is a very good sign of a potentially very risky move.

There are hundreds of fast food chains in the US that specialize in burgers and fries. Many of them don’t necessarily get as big as McDonald’s or Burger King, but many of them still manage to gain a lot of popularity over the years for one reason or another.

Five Guys is one of the chains that has managed to generate a lot of buzz over the years, even if it’s not as massive as the other two chains above. It has made a name for itself in the upscale segment of the segment, especially since it is categorized as a fast-casual chain rather than a quick-service restaurant like Burger King and McDonald’s.

What sets Five Guys apart is the quality of their food. It’s no ordinary fast food meal. Their burgers are consistently good so people are willing to pay more for them even if there are cheaper burgers elsewhere.

The thing about Five Guys is that their burgers are always freshly made. This alone makes it better than what other fast food chains offer in many ways. Those who value fast service may give you something that’s been off the grill for more than a few minutes, so the quality is significantly less.

This is made possible by the simplicity of their menu. Instead of offering guests a wide variety of products, they have a very simple menu with four burgers, four hot dogs, four sandwiches, two kinds of fries, and a range of beverages.

To add variety to their menu, they offer a selection of ingredients that customers can add to their burgers for free. This allows for great customization and gives guests the option to prepare their own meals.

Because of their different approaches to burgers and fries, Five Guys is considered a better fast food chain than many. It has won multiple awards and is consistently voted one of America’s most popular fast food chains each year. They also have some kind of loyal cult in the US and are being received more and more similarly abroad.

With that in mind, it’s easy to see that Burger King and Five Guys are two very different American fast food chains, even though they offer essentially the same things. You will already get a great variety of these two, so they are both definitely worth a try.