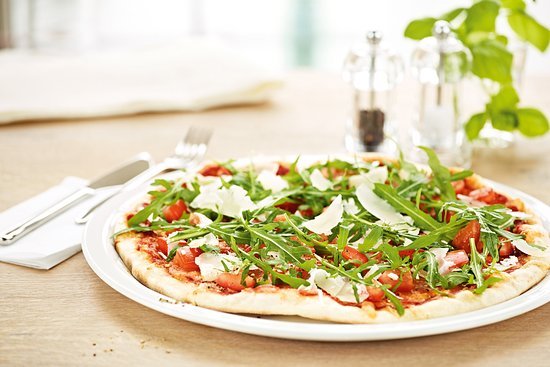 The pandemic has really affected the food service industry around the world. Many had to close their doors permanently, others had to take drastic steps to keep up with the times.

In Germany, it has turned the operation of many restaurants upside down as most had to close their doors in early 2020. Many still cannot open their doors, even as restrictions are eased in many parts of the country due to strict regulations.

Vapiano, a popular German restaurant chain with a notable Italian theme, is one of those food service brands that has been heavily influenced by time. The franchise was struggling for a variety of reasons even before the pandemic, and conditions over the past year only made things worse.

However, it’s not that Vapiano doesn’t make its customers happy. They are actually good at offering delicious meals at attractive prices. It was also voted Germany’s most vegan-friendly chain in 2020. But like other fast-casual chains, the trends over the past few years just aren’t in their favor.

As Germany lifts its restrictions on the catering trade, 55 of its locations are to be opened soon. Alongside this reopening, there is a notable change in the menu. They decided to boot pizza off their menu and replace it with Pinsa.

According to reports, Vapiano appears to be finding a good place in the highly competitive pizza-pasta segment by announcing that it will replace pizza from its menu with Pinsa as its new core product. This big change comes just in time for a good restart as the brand is slowly opening its locations across Germany.

The change is said to be a precursor to their ambition to attract new franchisees for a new stand-alone format they want to offer, “We are Pinsa”. By presenting pinsa at their current locations, the introduction of the new concept will be easier and faster.

What is the difference between pizza and pinsa, you may be wondering? The two aren’t all that different, so those who are fans of Vapiano’s pizza shouldn’t worry too much. Both are flatbreads with a variety of toppings so the experience is still similar.

Pinsa differs from normal pizza in its dough. The way it is made is different from making regular pizza dough. The techniques used go back to Roman times.

The main difference between pizza and pinsa is the type of flour used. Pizza uses regular wheat flour, which is ground very finely, while Pinsa is more flexible. It is usually made from a combination of different types of flour, usually soy and rice flour in addition to wheat. Millet, barley and oats were also used in the past.

Then it uses a lot more water and less salt than traditional pizza dough. The manufacturing process is also different, as fermentation usually takes around two or more days. This makes the crust of Pinsa much airier and lighter – significantly different from a normal pizza.

The rise of Pinsa

In recent years, more and more restaurants have started adding Pinsa to their menus. By highlighting this article, Vapiano becomes part of the trend. Hopefully this will give the chain a fresh start.