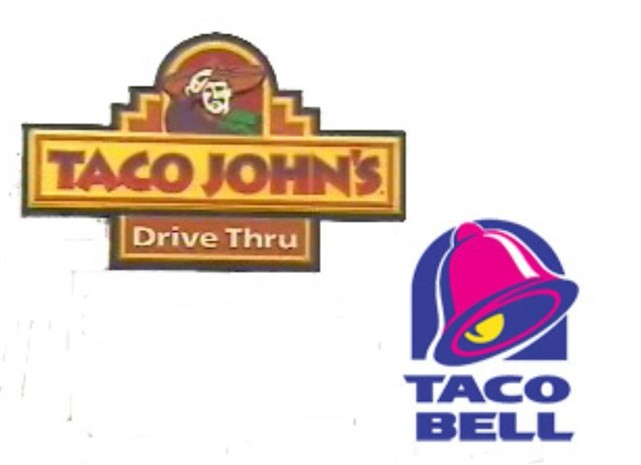 There are businesses that need to be a giant and there are those who are meant to be just a small fish in the pond. In this article, we are going to discuss two food establishments that have been successful in the Mexican food category; Taco Bell and Taco John’s

Taco Bell is the Mexican fast food chain giant currently having 6,500 locations since it started in 1962. It’s so big that over 150 million people see a Taco Bell Commercial per week, that’s more than half of America’s population. 2 billion tacos and 1 million burritos are being sold in Taco Bell outlets every year.

Taco John’s is nowhere near the size of Taco Bell with only 400 outlets in 25 states since its beginnings in 1968. Taco John’s does not pay too much notice on their significant lag in expansion against their main competitor Taco Bell because they claim that they are more inclined in being a neighborhood diner with a cult following rather than being a national chain. Of course, anybody can say this as an excuse. It all depends on how many franchise proposals they turned down to maintain their advocacy.

If we are discussing the choices you have at the moment, from where you are situated, there is more likelihood that Taco Bell will be your only choice. But, if you are lucky enough to be in a place where both Taco Bell and Taco John’s are available then, we have to discuss their products more thoroughly.

While taste is too subjective to use for an objective comparison, we will rely on the strength of their menu.

Taco John’s, on the other hand, has 1 taco that can be customized to taste with an open salsa bar.

Taco John’s only has one nacho presentation, the Super Nacho.

Taco John’s only has the basic Taco Salad.

The best way to really find out which is the better Mexican restaurant between Taco Bell and Taco John’s is to try them both and see which has the tastier and crunchier taco shells, the fresher meats and the warmer and more sincere service but, here are some of the things that will help in making an objective choice.

If you are a Mexican food expert who really knows what to put in your taco, burrito, nacho and salad to make them taste the way they should, then Taco John’s is offering more flexibility to customize your Mexican food.

But, if you are the average consumer who only eats Mexican to break your usual American food diet then, you can’t take chances on experimenting on your Mexican meal. Taco Bell would be a better choice for you since they have already anticipated the common American’s Mexican Food preferences and have prepared pre-set formulations and flavors that will most likely be appealing to you.

One of the main reasons why entrepreneurs opted to franchise the Taco Bell brand over Taco John’s label is because of the latter’s inability to make it easier on the consumer.

Remember, we are not Mexicans. We are Americans who only want to discover Mexican taste and will most likely rely on the expertise of the owner to whip up a taste of Mexican without deviating too much from what we are accustomed to.

Taco John’s claims to be an establishment with a cult following. This would only mean that their brand will not cater to the general public but to a select few that will be faithful and loyal to the distinct Taco John’s taste.

Both establishments made the right business expansion choices for their target markets.

To remain faithful to Taco John’s following; they have to keep things small so they can preserve the quality of their flavors and ambience to keep their regulars happy.

On the other hand, Taco Bell has to be creative and adaptable to current trends, eating habits and preferences to satisfy the occasional but massive Mexican food dwellers.

In the end, there is really no competition here; both Taco Bell and Taco John’s are serving 2 different classifications of clients.