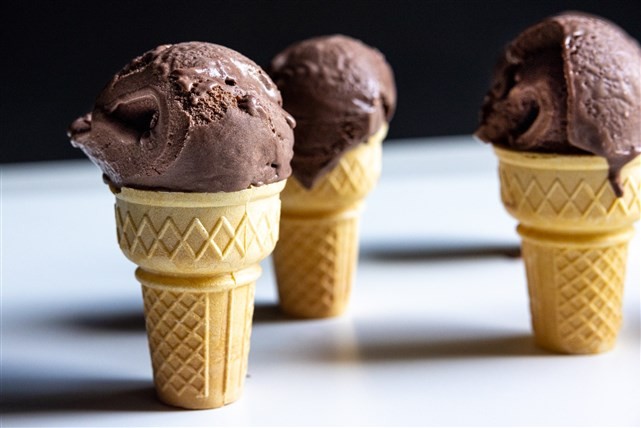 The all-time favorite dessert has always been ice cream. Ice cream, with all its creamy and sugary goodness, is the king of all desserts. It’s so great that a million other desserts have been spawned over the years, and was based from the richness of flavor of ice cream. There have been thousands of ice cream flavors throughout history too.

Millions of dollars have been made out of the industry of making and selling ice cream. This multi-million industry have given rise to so many ice cream shops. These shops have come and gone, but the mightiest remain. Two of the biggest names in ice cream are Dairy Queen and Carvel.

The making of Carvel was actually born out of an accident. Tom Carvel was an owner of an ice cream truck, which broke down, and led him to sell half melted ice cream on site. This was in 1929. The rest was history, and now, Carvel is one of the biggest ice cream chains in the country, with over 500 stores.

In Carvel, you can opt for the regulars or make your own concoction. One of their specials is the soft-served ice cream with either fudge or strawberry syrup topping. They have Sundae Dashers, or layers of ice cream, chocolate or cookie bits and whipped cream. Carvelanche is ice cream blended into M&Ms, Reese’s or Oreos. Carvel also has thick milkshakes and novelty items like Flying Saucers, or soft ice cream squeezed into two chocolate crackers. For special occasions, ice cream cakes are available made to order.

Most people still find delight in Carvel, almost 90 years after it was founded. The company still is proud to make fresh ice cream. Many customers find the whole experience delightful, bringing back childhood memories of fudge sundae with brownie bits and chocolate syrup. Many are amazed with their ice cream cakes as well, and has become the must-have desert at kids’ parties. Another well-recommended item is the mint chocolate chip. Many come to the store for sentimental reasons, because they’ve known Carvel while they were growing up, and it is seen as more delicious than frozen yogurt, and definitely better than hard ice cream.

However, there have been complaints of over-pricing, and compared to other ice cream shops, they are way over the margin. However, Carvel is one of a kind with its soft serve variety, and people are still going back despite the high price. The ordering process of the ice cream cake was reviewed as excruciating. One reviewer said that the cakes were not good, and was substandard.

The other main contender for soft ice cream glory is Dairy Queen. Founded in 1940, this ice cream giant started selling soft ice creams and Blizzards and sold out fast. They later branched out to selling fast food items like sandwiches, salads, burgers, hotdogs and fries. The hot seller and the icon product, of course, is the Blizzard, which can come in Oreos Cookies Blizzard, Chocolate Cookie Dough Blizzard and Red Velvet Cake Blizzard among others. They have fruit slushes too, and other treats like the Peanut Buster Parfait, Oreo Brownie Earthquake, and the Peanut Butter Bash.

Items in their menu would include the bacon cheese grill burger, flamethrower grill burger and the double cheeseburger, and they also have chicken and grilled cheese sandwiches with onion rings and fries.

However, there is too much disappointment with DQ’s food. Seems like the burgers are sloppy and soggy, with tomato and juices drenching the patties. The burgers looked sad with an overload of beef juices, it’s scary to even try it. There was too much mustard and ketchup, according to one reviewer. Another reviewer also said that the Peanut Buster Parfait didn’t even stand to the name of DQ, and came as a disappointment as well. The only win in the menu, according to reviews, is the fries. Their fries were perfectly done and with perfect texture too. Although there are people who buy the flamethrower grill burger, much is left to work on with their flamethrower sauce recipe, because the burger tasted artificially flavored. Obviously, much work is needed to improve DQ’s sandwich line, and even if their Blizzards are all worth the wait, other people might get turned off with their delicious soft ice cream altogether.

Exceptional remarks here go to Carvel and their classic soft ice cream. Seems that a lot of people find their prices ridiculous, but still come back for more. Perhaps it’s because people also know that they already have a soft-serve ice cream legacy, and just to go back to your childhood will cost a couple of bucks extra.

However, even without the sentimentality, Carvel stuck to their main product and worked at it, and eventually had a steady stream of success.