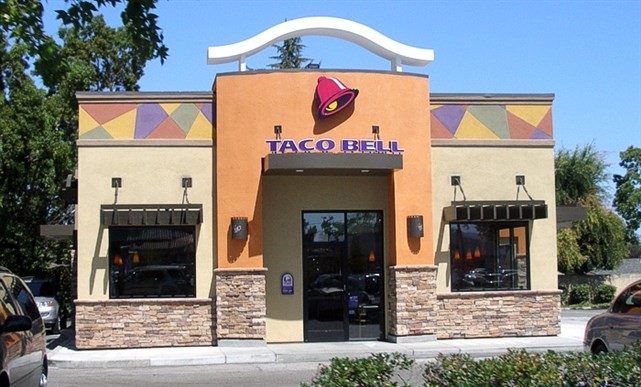 This coming summer, in Huntington Beach, California, Taco Bell is set to open a new and much more classier taco restaurant targeted towards foodies: the U.S. Taco Co. and Urban Taproom.

The new restaurant is geared towards customers who love the fast casual dining experience but have more discriminating tastes when it comes to their food (i.e. they would NEVER be caught dead in a fast food joint). These are the customers that have more refined culinary tastes, and would pay the premium just for better quality ingredients assembled and packaged in a more sophisticated manner. No, you wouldn’t find your waffle taco and usual cheap burritos here.

The move doesn’t really come as a surprise, given that Taco Bell has constantly tried to reinvent itself and stay ahead of the game through the years. Recently, it introduced a new breakfast menu that ruffled some feathers in the market. It also introduced the Doritos Locos Tacos and the Cantina Bell menu, which was a little upscale take on Taco Bell’s usual offerings.

But what Taco Bell realized with these attempts is that the Taco Bell brand has always been a value proposition, meaning hordes of diners come to it to get the best tasting Mex-Tex food at a price that doesn’t hurt their pockets. You can’t confuse the market by offering more expensive and more refined options, because the regular Taco Bell customers are not likely to care.

This is precisely why the U.S. Taco Co. and Urban Taproom was conceptualized. It targets an entirely different market – customers who most likely will not go to any Taco Bell restaurant any time soon. And that’s okay.

Taco Bell Senior Brand Manager Jeff Jenkins mentions that this stems from a clear insight on consumer segmentation. There really is a group of consumers characterized by their love for Tex-Mex cuisine but would never, in a million years, go to a fast food restaurant just to get it. These are the customers that the U.S. Taco Co. and Urban Taproom will capture.

It also seems that this is a growing trend with Yum! Brands, Taco Bell’s mother company. Also very recently, another brand in the family (KFC) opened a chicken restaurant that has no remnants of KFC in it – ‘Super Chix’. Just like the U.S. Taco Co., this new chicken restaurant is targeted towards customers of a more refined and discriminating culinary taste.

Because the U.S. Taco Co. appeals to an entirely different market segment, the offering is also very different. To start with, you won’t find any trace of Taco Bell in the store’s interiors, as well as the branding and all the marketing materials. Unlike the perpetually bright and busy Taco Bell restaurants, the U.S. Taco Co. and Urban Taproom will be more laid back, with interiors that encourage people to dine longer and enjoy their meals as true foodies would.

The menu is also entirely different, and we’re not just talking about the steeper prices. On average, your check at U.S. Taco Co. will be around $12, while at Taco Bell it will only be at $7. But since the market is more upscale, this is only understandable. After all, the food available for customers to choose from is also a lot more sophisticated.

Basically, customers can choose from 10 premium taco offerings, each one specially designed to cater to various tastes. The Winner Winner is a taco with crispy chicken and South of the Border Southern Gravy, as well as roasted corn Pico de Gallo, cilantro, and fresh hot jalapenos. The One Percenter, on the other hand, contains fresh lobster, cabbage coleslaw, and pico de gallo. You got that right: lobster in a taco.

U.S. Taco Co. plans to primarily focus on tacos instead of burritos, making it the taco version of the Chipotle Mexican Grill. But aside from their premium tacos, there are also other products that are designed to reel customers in.

Customers can have their tacos with thickly cut French fries on the side, as well as signature drinks like the Mexican Car Bomb. True to its intriguing name, the shake will contain ingredients that are just as intriguing and quirky – vanilla ice cream, chocolate flakes, tequila caramel sauce, and even Guinness Stout. Yes, there’s no better way to enjoy a taco than with a rich and creamy shake spiked with beer.

While this is just one restaurant to begin with, Taco Bell executives plan to open a couple more in key locations across the country. They’re still at the stage of testing the concept with the market, and seeing how the market reacts. But just like Taco Bell, with thousands of branches all over the country and the world, we might be seeing a lot more U.S. Taco Co. restaurants in the future.